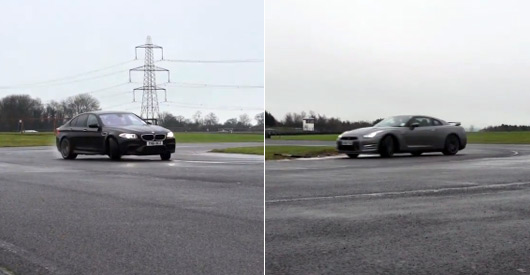 A comparison between two of the world’s greatest cars is never too many. Last week we posted a video of the BMW M5 F10 pitted against the 2012 Nissan GT-R. Now, Chris Harris from Evo Magazine is having a go in yet another comparison between the two turbo-charged heavyweights.

This new video however, is not about picking the winner like in the previous comparison, but rather how each car feels like to drive. Another great test drive video by Chris Harris.