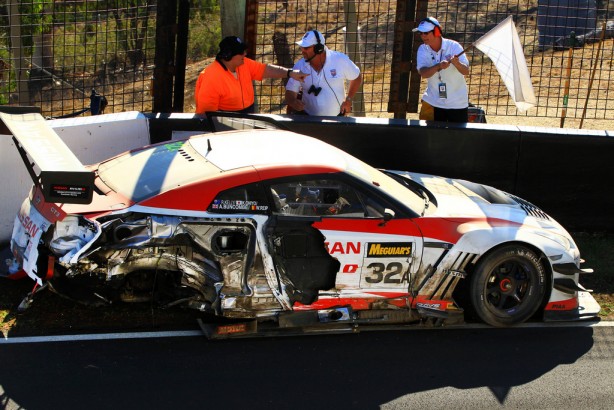 We marvel at the racing cars in motorsport and indulge in the on-track action. But there’s much more behind scenes, particularly inside a racing team’s garage.

This video clip shows Nissan mechanics pulling an all nighter to repair a damaged chassis on the Nismo GT-R GT3 racing car. The team worked tirelessly throughout the night and their effort got the car out just in time to qualify for the Bathurst 12 hour race last weekend.

The chassis of the GT-R GT3 was damaged in a crash during an earlier practice session and work began to fix the machine at 6.30pm on Friday. After working around the clock, the car was finally ready to hit the track again at 8.30am the next day.

The 14-hour “surgery” has been condensed into a one minute timelapse. Check out the video below.