Driver crashes Audi R8 V10 Plus into a river 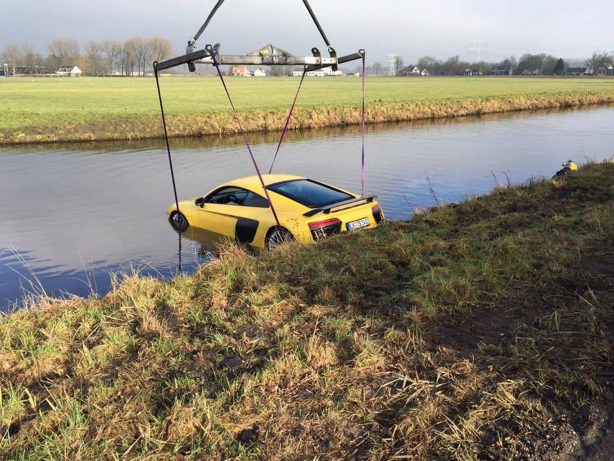 According to reports, the supercar was driven by a German driver before he lost control of the car and landed in a river between Abcoude and Loenersloot in the Netherlands. It was unknown if speed was the cause of the crash.

The Audi R8 quickly submerged under the murky waters of the Angstel river but the driver managed to escape and climb to safety without suffering any injuries. A crane was later called to the scene of the accident to lift the sunken supercar out of the water.

While it appears that the yellow R8 suffered no major body panel damage, it would be an insurance write off given that it had been completely submerged under water.