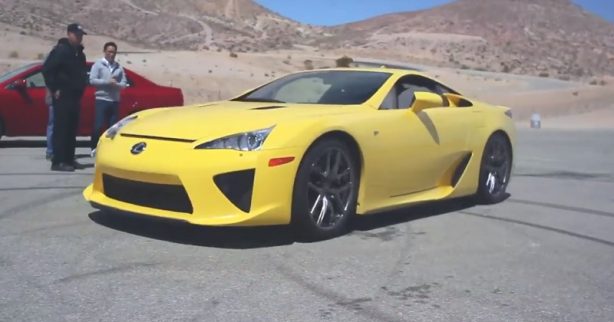 Lexus has released a new video featuring Fast and Furious celebrity Paul Walker, who is a true car enthusiast in real life, test driving a Lexus LFA at the Willow Springs International Raceway in California.

The sixth installment of the Fast and Furious franchise will hit cinemas worldwide in early June and the video came in the heat up to the movie’s much anticipated premiere.

The short clip shows two Lexus LFAs with close to 50,000 km on the odometer being driven on the racing circuit with the intend of showcasing the supercar’s unrivaled reliability. “The supercar have only had oil, brake and tire changes”, says Lexus. “They get driven hard and they get put to bed wet”, adds Walker.

The Lexus LFA is powered by a 4.8-litre V10 engine that punches out 412 kW of power and 480 Nm of torque. Drive is sent to the rear wheels via a six-speed sequential manual gearbox. The supercar unleashes from standstill to 100 km/h in 3.7 seconds en route to a top speed of 325 km/h.