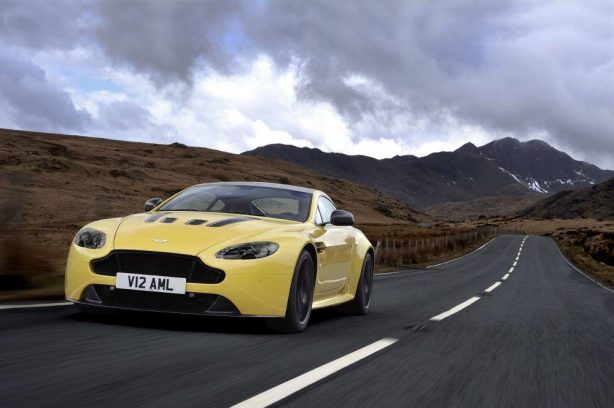 Aston Martin has officially revealed the new V12 Vantage S, the marque’s fastest production model, with the exception of the One-77 limited production hypercar.

At the heart of the Vantage S is the new AM28 6.0-litre V12 engine developing 421 kW of power and 620 Nm of torque. Power is sent to the rear wheels via a sequential seven-speed SportShift III gearbox. The century sprint is accomplished in under 4 seconds while top speed is 330 km/h.

The new supercar will exploit the improved torque and response from the new V12 engine to deliver an even sportier and engaging driving experience. 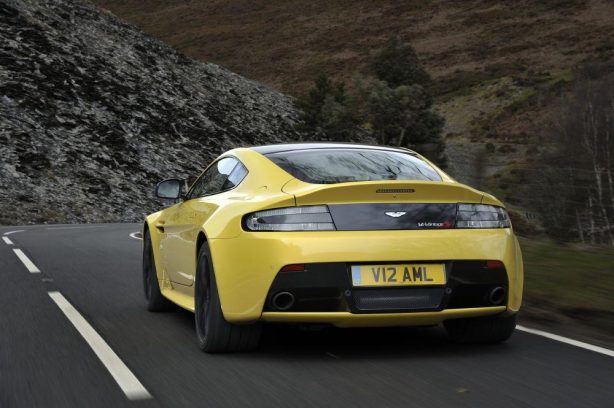 “The new V12 Vantage S is, simply, pure Aston Martin. It is extreme in its nature yet truly timeless in its design language,” said Aston Martin Chief Executive Officer Dr Ulrich Bez. “Learning from our successes on the track feeds the development of this type of car and I am proud to launch such an exciting sports car in this, our centenary year.”

The new car’s grille does away with the famous aluminium vanes – replacing them with a new carbon fibre arrangement that also includes sporty black carbon fibre or titanium silver mesh. Created to maximise airflow to the V12 engine, the new grille is inspired by that of the remarkable new CC100 Speedster Concept, nicknamed DBR100, which debuted at the 24 Hours of Nürburgring earlier this month and signals a new era of Aston Martin design language. 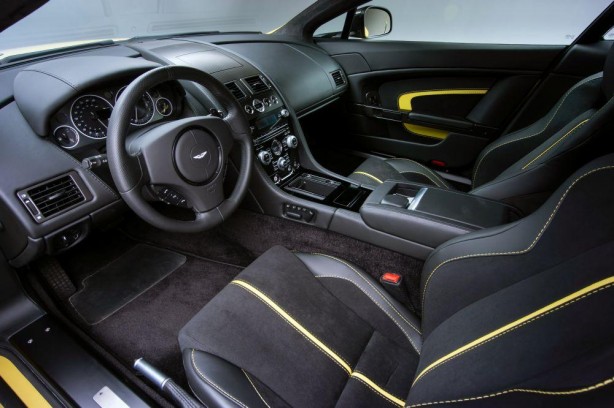 Inside, the subtle updates include new style seating with Sport and carbon fibre Lightweight seat options, revised stitching and welt detailing. Customers are able to choose from two leather grade options – Luxmill and semi-aniline – plus the possibility to include Alcantara.

The V12 Vantage S will go on sale later this year with pricing information to be announced closer to launch.