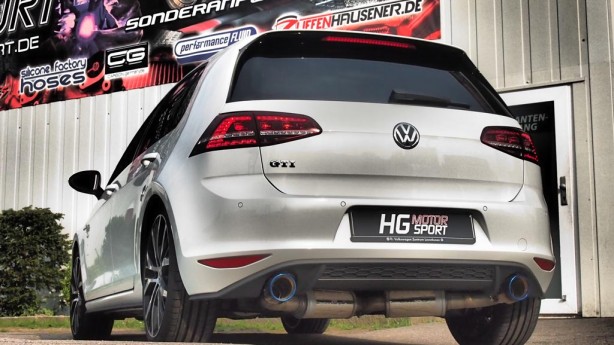 It’s only a matter of time before tuners start fiddling with the performance of the latest Mk7 Volkswagen Golf GTI.

HG Motorsport recently announced they have introduced a new tuning programme for what is arguably the most versatile performance hatch on the market. 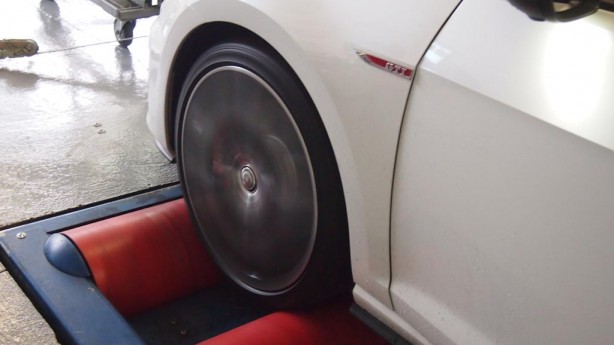 The tuner has taken a Golf GTI Performance, which normally produces 169kW and 350Nm from its 2.0-litre turbocharged four, and wrung out an extra 24kW and 26Nm of torque. This is achieved via a new carbon air intake, a sports exhaust system and an HF Series intercooler.

That’s the first stage. The Stage Two package adds an optimised ECU which enables the engine to push out 212kW and 405Nm of torque. Further optimisation pushes this higher to 222kW and 444Nm of torque. 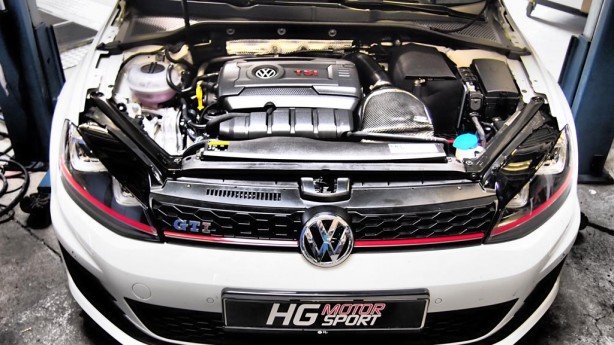 The highest Stage 4 tune offers a monstrous 226kW and 435Nm. All owners need to do now is get the visual upgrade to match the performance.