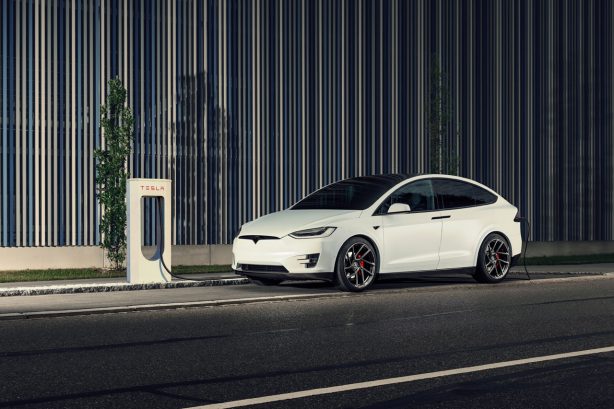 German tuner Novitec is well known for its portfolio of finely customised Ferraris, Lamborghinis and other exotics. But the company’s latest project is something entirely different. With seven seats and four doors, the Tesla Model X may not look like a supercar but it sure does have supercar performance.

With a 0-100km/h time of just 3.1 seconds, the all-electric Tesla Model X is officially the world’s fastest SUV. With gull wing rear doors and a sweeping room line, the Model X is also arguably one of the coolest crossovers on the market. And the Novitec treatment only made it even better. 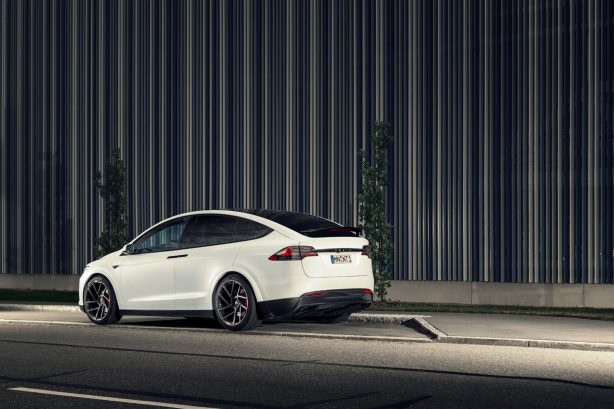 There isn’t much the sleek Model X needed to stand out from the crowd. And so the cosmetic enhancement was subtle, but appropriate. Replacing the factory 22-inch wheels are a set of gun metal grey Vossen Wheels in the same diameter but in a staggered set up measuring 9.5 x 22 at the front and 10.5 x 22 at the rear. Behind the wheels tuck carbon ceramic brakes specially developed for the 2.5-tonne Model X.

The wheel arch extensions are now colour coded for added aggressiveness. Completing the pumped up looks is a set of carbon fibre body kit consisting of a front lip spoiler, side skirts and rear diffuser.