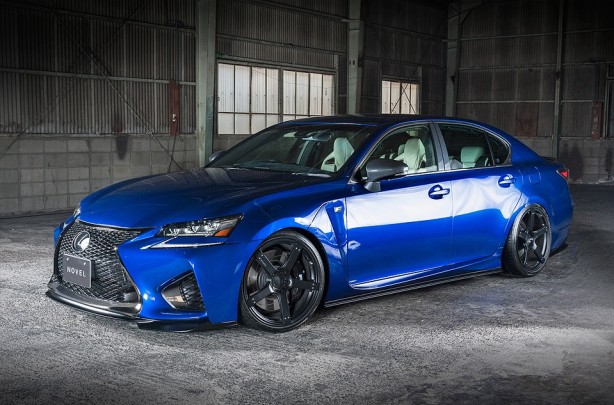 Japanese tuner NOVEL has released a body kit for the Lexus GS F.

The body kit, available in either carbon fibre or CFRP, is made up of a front lip spoiler, side skirts, a rear under spoiler, boot lid spoiler and a diffuser.

The front lip spoiler channels more air to the bumper air intakes, which house the oil cooler. It also compresses air flow to the body underside to aid downforce.

More downforce is also generated by the side skirt extensions, while the rear diffuser and under spoiler smoothen air flow exiting the underbody for improved stability.

The Lexus GS F, which is based on the mid-sized GS sedan, breaks new ground for Lexus as the largest vehicle ever offered with an F badge. 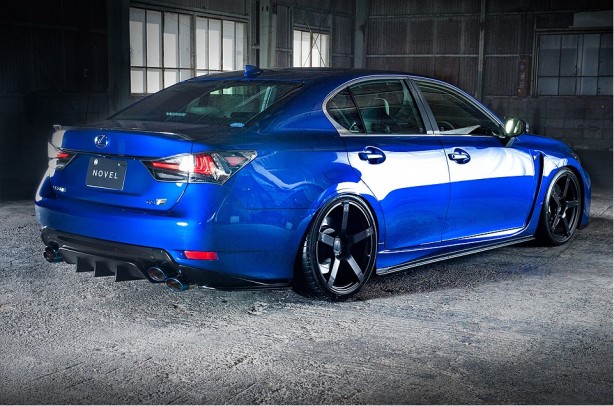