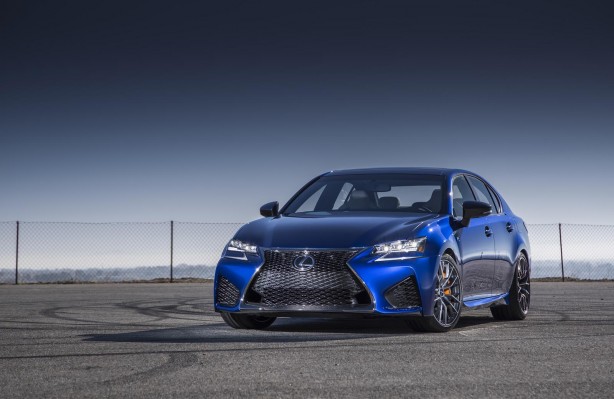 GS F, which is based on the mid-sized GS luxury sedan, breaks new ground for Lexus as the largest vehicle ever offered with an F badge. 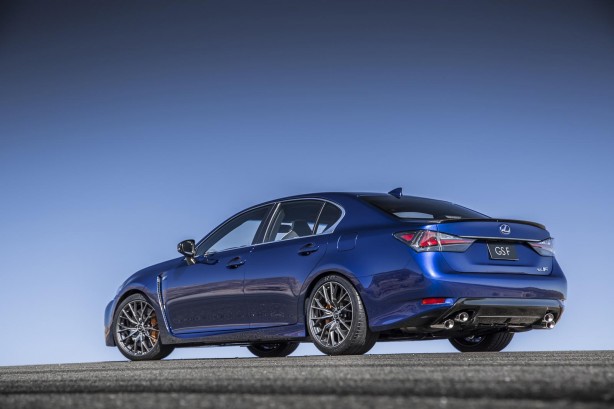 The engine is mated to an eight-speed automatic gearbox with paddle shifters and three driving modes: Normal, Sport S and Sport S+, driving through the rear wheels.

Honed at the Fuji circuit in Japan as well as Germany’s famed Nürburgring, Lexus says the GS F embraces the virtues of sound, response and power, the cornerstones of the ‘F’ brand, though it has not disclosed official performance figures.

The GS F features structural reinforcements and an exclusively designed suspension system to match the car’s extra power, along with larger tyres (255/35-19 front, and 275/35-19 rear) as well as an upgraded braking system complete with bright orange callipers. 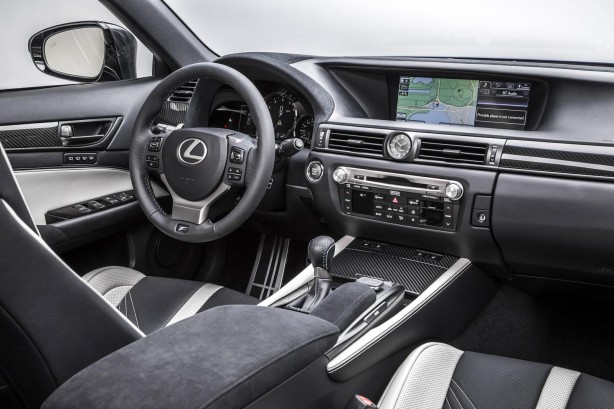 The GS F’s cabin gains an F steering wheel and a new electronic instrument cluster lifted straight from the RC F, which can be configured between four different displays depending on preferred driving style: Normal, Eco, Sport S and Sport S+.

Custom front and rear seats provide occupants with more lateral support, while carbon fibre trims on the dashboard and doors further add to the sporty touches.

Lexus Australia is currently negotiating to introduce GS F to the local market.