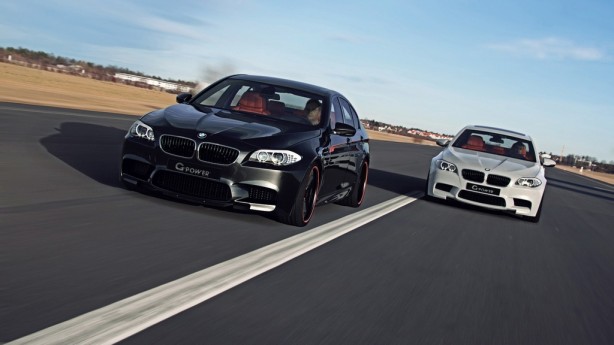 The new F10 BMW M5 has always been the benchmark for sports saloon, with supercar like performance in a 4-door family carrier. The sixth generation M5 has two fewer cylinders than its predecessor but make-do the shortfall with two turbo-chargers. This means one thing for aftermarket tuners – more tuning potential!

G-Power, specializing in tuning BMW has released the G-Power Bi-Tronik III for the M5. The new ECU replaces the factory original with new settings including modified fuel and ignition timing, increased boost level as well as other customizable parameters. The result is a power boost from the standard 560 horsepower and 680 Nm to a whopping 640 horsepower and 777 Nm. This translate to a 0-100 km/h dash of just 3.9 seconds and an unrestricted top speed of 315 km/h.

Performance aside, the G-Power package also comes with other goodies such as massive 21-inch Silverstone RS and Clubsport alloy wheels with Michelin Pilot Super Sport tyres measuring 265/30 for the front and 305/25 at the rear, G-Power coilover suspension, stainless steel sport rear muffler and the G-Power ceramic braking system.