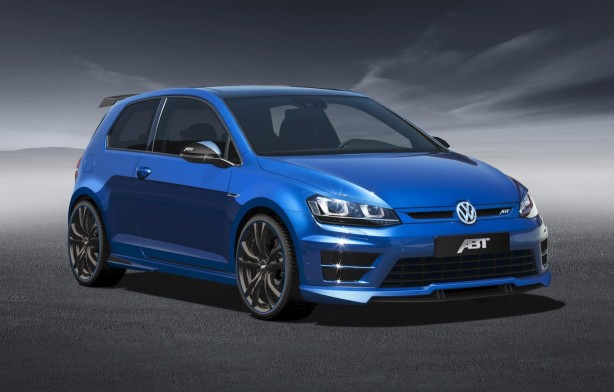 While we are still waiting for the local launch of the Volkswagen Mk7 Golf R here in Australia, ABT Sportsline has presented their tuning programme for the hot hatch.

Teased here as a couple of renderings before the car’s debut at the Geneva Motor Show next month, ABT’s take on the Golf R comes in the form of an ECU flash. The software upgrade boost the 2.0-litre turbocharged four’s output from 220kW (296hp) and 380Nm to a sizable 272kW (365hp) and 460Nm. 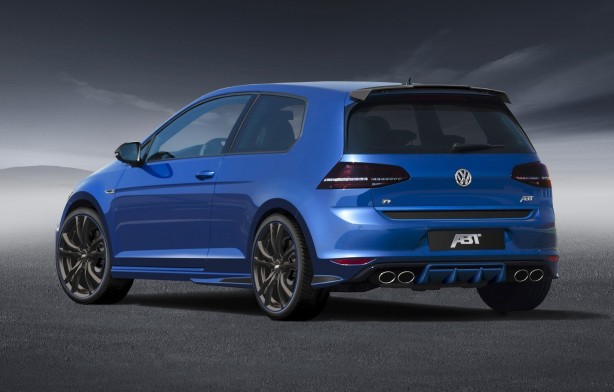 As for looks, the tuner has jazzed up the stock R’s sleeper’s styling a body kit consisting of a front chin spoiler, side skirts, rear diffuser trim, a larger roof spoiler, an ABT front grille, headlamp “eyelashes” and a set of new wheels.

This may well be the most powerful version of the VW Golf R, for now, before the rumoured Golf R EVO presents itself.