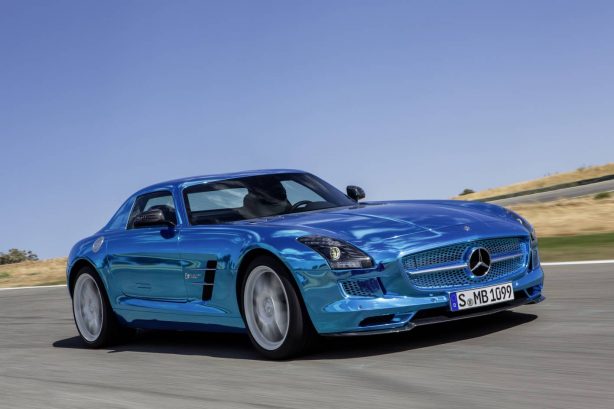 Mercedes-Benz has introduced the new SLS AMG Coupé Electric Drive to the world. It is an all electric, as well as most powerful variant of the SLS AMG supercar and heralds in a new era of emission-free superfast cruising.

It features four electric motors producing a total output of 552kW and a maximum torque of 1000Nm. According to Mercedes, it has become the world’s fastest electrically-powered series production vehicle, accelerating from 0 – 100km/h in 3.9 seconds and on to an electronically limited top speed of 250km/h. 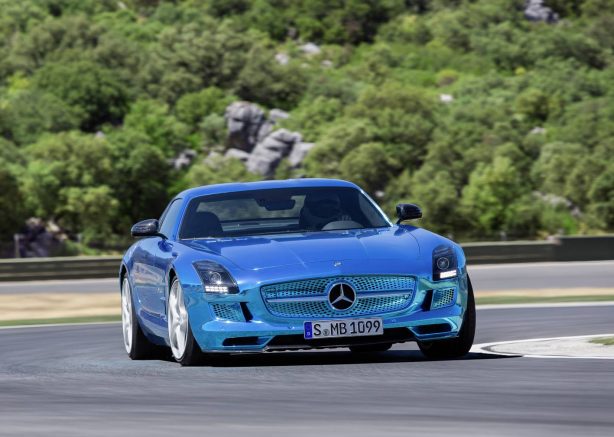 The four compact permanent-magnet synchronous electric motors, each weighing 45 kg, achieve a maximum individual speed of 13,000 rpm and in each case drive the 4 wheels selectively via an axially-arranged transmission design. This enables the unique distribution of torque to individual wheels, which would normally only be possible with wheel hub motors which have the disadvantage of generating considerable unsprung masses.

The motors are fed by a high-voltage battery consists of 12 modules each comprising 72 lithium-ion cells, with a maximum voltage of 400V and weighs 548kg. A Formula One derived Kinetic Energy Recuperation (KER) System further harvests energy generated during deceleration. The battery is located within a carbon-fibre monocoque which forms an integral part of the car and acts as its “spine”. 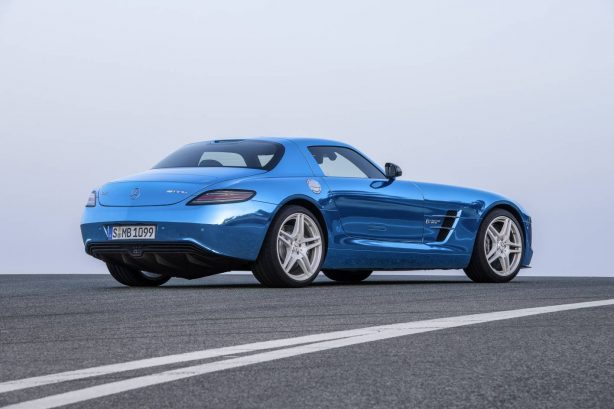 The SLS AMG Coupé Electric Drive is charged with the aid of a so-called wall box. Installed in a home garage, this technology provides a 22 kW quick-charge function, which is the same as the charging performance available at a public charging station (available in certain countries). A high-voltage power cable is used to connect the vehicle to the wall box, and enables charging to take place in around 3 hours. Without the wall box, charging takes around 20 hours. The wall box is an optional extra.

Naturally, with an all-electric drivetrain, engine sound, or the lack of it, will be an issue. AMG solved the problem by creating a series of sounds to replicate what you will hear from a traditional engine. Starting with a characteristic start-up sound, which rings out on pressing the “Power” button on the AMG DRIVE UNIT, the occupants can experience a tailor-made driving sound for each driving situation: incredibly dynamic when accelerating, subdued when cruising and as equally characteristic during recuperation. The sound is not only dependent on road speed, engine speed and load conditions, but also reflects the driving situation and the vehicle’s operating state with a suitable driving noise. These desirable sounds are piped through the car’s standard eleven speakers sound system. 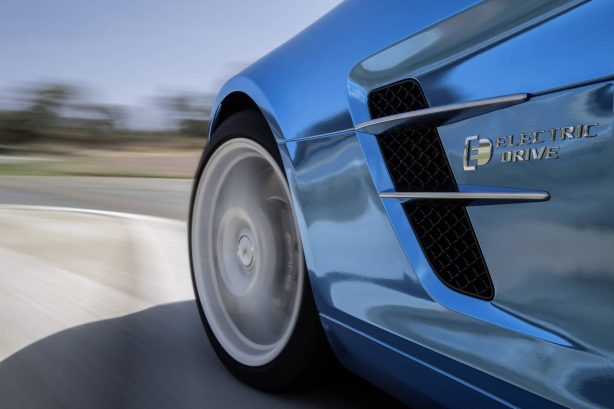 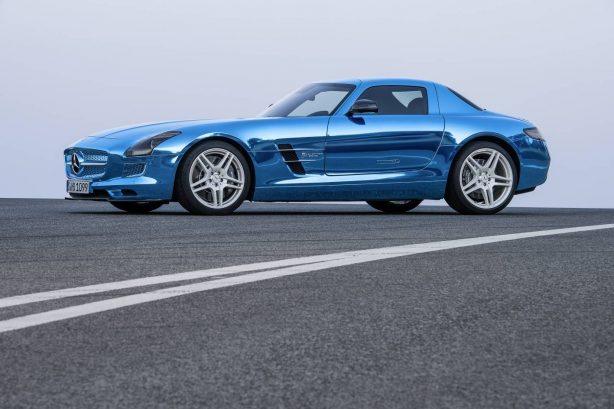 The Mercedes-Benz SLS AMG Coupé Electric Drive will go on sale in Europe in 2013 with a German pricing of €416,500. No words yet on whether the most electrifying SLS will make it to Australia at this stage.