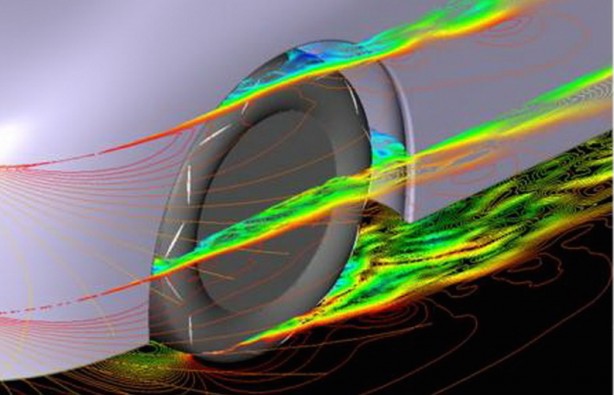 Yokohama in co-operation with a team from the Institute of Fluid Science in Tohoku have come to the conclusion that the addition of fins to the sidewall of a tyre can help reduce drag. In the past automakers have been limited to modifying the design of their rims to reduce drag, this breakthrough could provide yet another avenue to further slipstream their vehicles.

Unfortunately, Yokohama haven’t revealed much about the concept. However, it is believed that an increase in efficiency and vehicle performance would be the immediate gains seen by consumers. So far only simulations have been released to the public, however Yokohama will be giving the public a look at their prototype at the end of the month at the Tokyo Motor Show.

It is still unknown whether this tyre will make it into mass production.