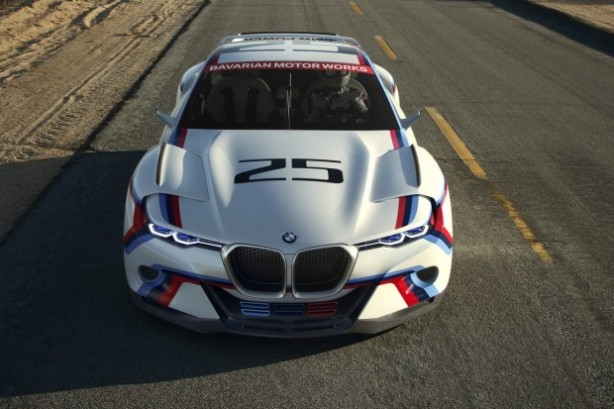 The Hommage Concept is a race-inspired version of a the previous 1970 3.0 CSL and was designed to celebrate 40 years of the brand launching in the US. This updated Hommage R extends the visual elements of the previous model with a more aggressive body complete with new aero components, large wheels and side-mount exhausts ports.

The vehicle contains state of the art technology that may make it into the general market in the future, for instance the drivers helmet contains a built in heads up display that links to the vehicles systems providing the driver with information such as speed, gear indicator and engine revs.

The CSL Hommage Concept’s dash has also been given the high tech touch with a display providing information such as circuit maps and recommended braking points.

The CSL Concept with sit alongside its predecessor as well as BMW’s all new 7 Series and M4 GTS Coupe.

Motorclassica will be running from the 23-25 of October at the Melbourne Royal Exhibition Building and is set to be a big hit. Don’t miss out on this great opportunity to see some amazing new concepts.