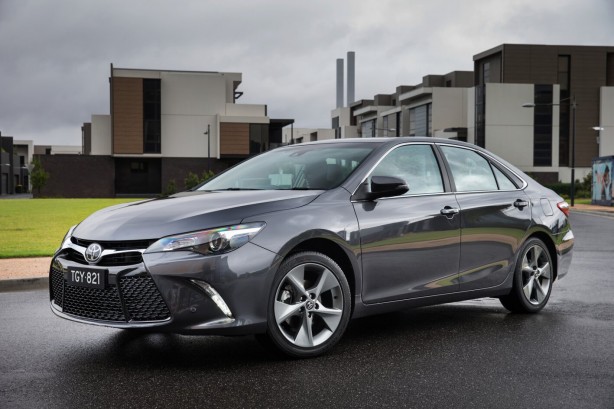 Toyota Camry, we have all heard about it. Some say it’s the ultimate “white good on wheels”, others think it’s soulless and boring. If excitement and fun-to-drive is what you are looking for, Camry would be the last word in your dictionary.

But yet, Toyota has managed to move over 22,000 Camrys in Australia last year alone, the figure is a staggering 16,000 more than what its nearest rival, the Mazda6, could achieve in the same period.

In fact, sales of the Camry are so dominant that it is in its 22nd straight year as Australia’s best-selling mid-size car.

Surely, the world’s largest carmaker must have got something going for it.

Toyota says owners love the durability, quality and value that the Camry represents, but they are looking for a little more style and performance. 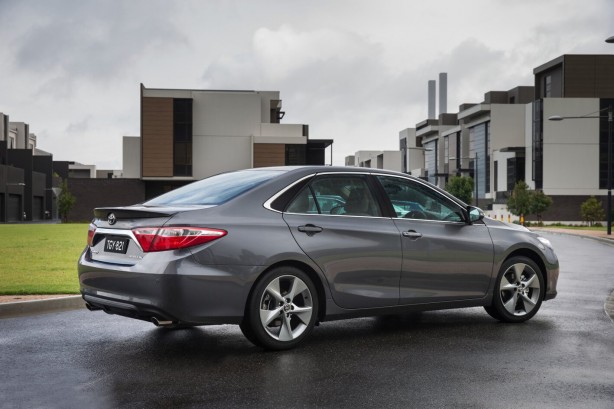 So, the 2015 Camry gets a major facelift that sees every exterior panel of the car redesigned, with only the old car’s roof carried over.

The massive trapezoidal lower air intake that merges somewhat with the grille seems to have been inspired by sister company, Lexus’ spindle grille, and is aggressively in-your-face.

Things are a lot more generic at the other end. The new Camry gets larger taillights that taper into the boot lid and are connected by a chrome number plate garnish.

The side has been heavily reshaped with sculpted surfaces replacing the old bland and edgy panels.

Underneath that most daring exterior yet of any Camry, the chassis and body structure have been bolstered with additional spot welds for better rigidity. 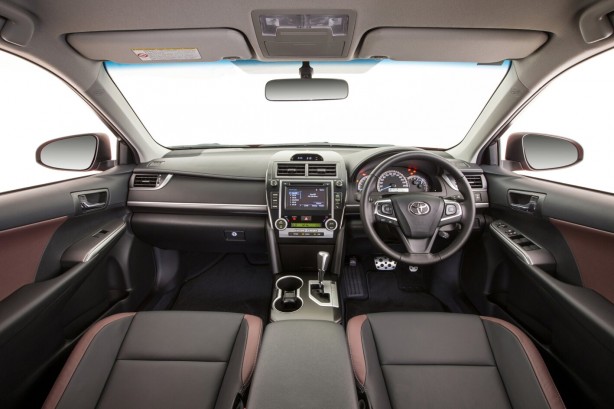 Changes to the interior are minimal, with a new three-spoke steering wheel and minor upgrade to cabin materials and the instrument panel. It now features a 4.2-inch TFT screen nestled between the three-dimensional Optitron gauges.

The cabin sits five comfortably, with generous head and legroom for all occupants. However, its design is starting to age and despite the updates, the quality of some materials is still not up to class standard.

Disappointingly, Toyota didn’t change anything under the bonnet. Power comes from the carried over Otto cycle 2.5-litre four-cylinder petrol engine that develops 133kW at 6,000rpm and 231Nm of torque at 4,100rpm in the Camry Altise, and 135kW and 235Nm on the dual exhausts Atara models.

They are mated to a six-speed automatic transmission and return a claimed 7.8L/100km on the official combined cycle. 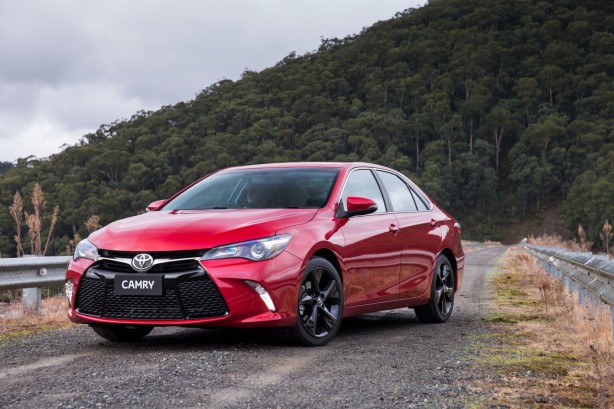 Hybrid Camry variants use the high-efficiency Atkinson cycle 2.5-litre four-cylinder paired with a 105kW electric drive motor for a combined output of 151kW. It is connected to an electronic continuously variable transmission (E-CVT) and returns a claimed 5.2L/100km.

Again, the petrol-electric powertrain is unchanged from before but that’s good news because this unit still performs favourably in terms of refinement and power delivery. It’s also impressively efficient in the real world and impeccably reliable.

Further suspension fine-tuning by Toyota’s Australian development team means the new Camry is now more confident and capable to drive than before, with improved damping and less roll in corners. There’s also less forward and backward pitching during hard acceleration and braking.

Despite the tweaks, ride quality is not jeopardised, as the mid-size sedan feels plush and compliant across most surfaces. 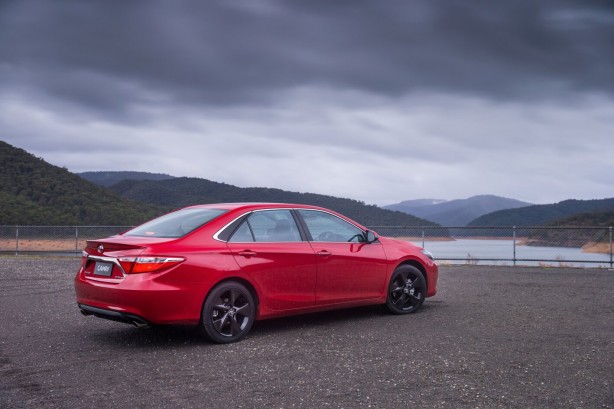 While the Camry’s bold new design is a step in the right direction, beyond the sheet metal, there’s still not much to get excited about Toyota’s bread winner.

The Camry is still how we know it – a comfortable, cheap-to-run A to B mid-size sedan that will guarantee years and years of trouble-free motoring and not much else.

Oh, did we mention also the Hybrid is still the most affordable in the segment?