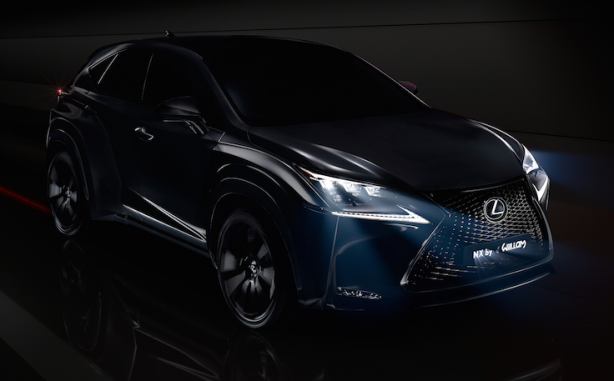 In the next few days, Lexus will unveil a limited edition Lexus NX compact crossover as part of the Paris Fashion Week. The special edition NX is designed by musician will.i.am and a teaser has been released ahead of its debut.

The Grammy-winning Black Eyed Peas frontman, often known as the “multifaceted entertainer and creative innovator”, is collaborating with Lexus to work on provocative design and technology as part of the Lexus Striking Angles campaign.

Striking Angles was conceived to launch the new Lexus NX and will encorporate the worlds of music, design and technology.

“Whatever I do, I want it to be striking. I want to innovate and revolutionise, and my partnership with Lexus on the Striking Angles campaign is no different,” said the artist at the start of the partnership.

“Inspired by our shared philosophy in design, we’ve been able to work together on a multi-faceted campaign that will challenge design conventions and fuel people’s imaginations.”

The NX is Lexus’ first entry into the premium compact SUV segment, featuring an edgy and emotional design evolved from the controversial Lexus LF-NX concept. The bold design shows Lexus recent initiative to attract younger buyers to the brand, starting with the new Lexus IS.

The one-off will.i.am-designed Lexus NX takes things to the eleven with a customised colour and extended front and rear fenders for a more aggressive looks. Let’s hope the interior is as smashing as the exterior. All will unwrapped at the upcoming Paris Fashion Week. Stay tuned.