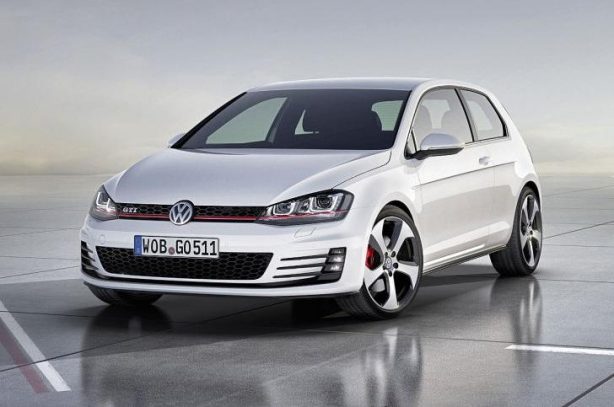 Hot on the heels of the garden variety Volkswagen Golf Mk7 is the iconic Mk7 Golf GTI, revealed here for the first time ahead of its debut at the 2012 Paris Motor Show.

According to our source at AutoBild in Germany, the latest Golf hot hatch will sport a revised 2.0-litre TFSI turbocharged engine with 164kW (220hp), up 9kW. However, customers can opt for a performance package that will boost the output by a further 7kW to 171kW (230hp). Peak torque has increased from 280Nm in the current model to 350Nm, while fuel consumption has dropped to 6.6L/100km (35.6 mpg US or 42.8 mpg UK). 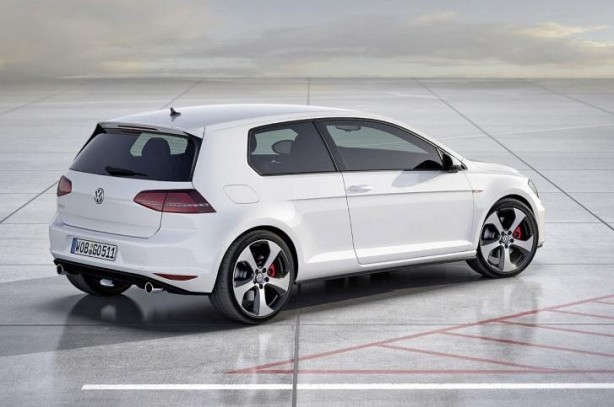 The new Golf GTI will also accomplish the 0-100km/h dash in 6.6 seconds, 0.3 seconds quicker compared to the outgoing model. Top speed is now 246km/h (152mph). With the performance package fitted, it does the sprint 0.1 seconds quicker and reaches 250km/h (155mph) at the top end.

In terms of design, there aren’t many surprises. The GTI concept features a honeycomb grille with its trademark red pinstripe that now extends into the headlights, and slightly restyled Detroit alloy wheels. At the back, a pair of split chrome exhaust pipes and LED taillights distinguishes the hot hatch from the regular Golfs. 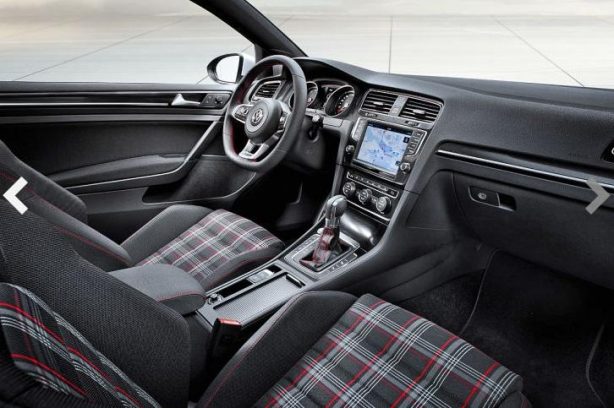 Inside, the most notable change are the tartan-upholstered sports seats with red stitching and a three-spoke flat-bottom steering wheel. There’s also a golf ball design manual gear shift lever and black headlining. The chronograph-style instrument cluster has been upgraded with a colour display as well. Other highlights include aluminium pedals and red ambient lighting.

The Mk7 Volkswagen Golf GTI is expected to go on sale around the middle of next year in Europe.