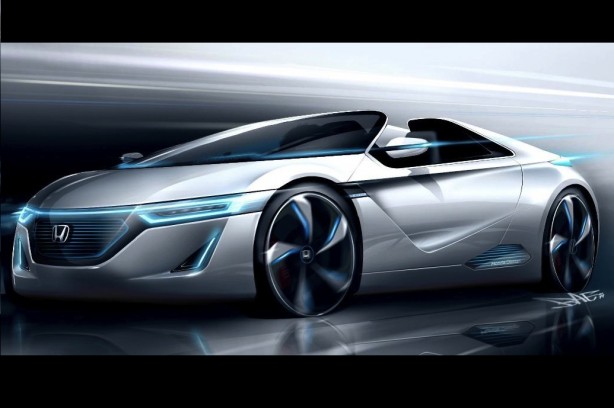 With the next generation Honda NSX just two years away from production, Honda is said to have another new model up its sleeves – a baby NSX.

Details about the new car is scarce but the mini NSX’s design is likely to be influenced by the Honda Small Sports EV Concept (pictured) first appeared at the 2011 Tokyo Motor Show. Like the new NSX, the small sports car is expected to have Honda’s SH-AWD (Super Handling All-Wheel-Drive) system. Power will come from a 2.4 litre turbocharged petrol engine paired with an electric motor.

Since the end of production of the S2000 and Integra, Honda’s offerings have been devoid of exciting cars as the company’s focus moved towards to passenger cars and hybrid cars. The revival of the NSX signals the Japanese carmaker’s return to making sportier vehicles.