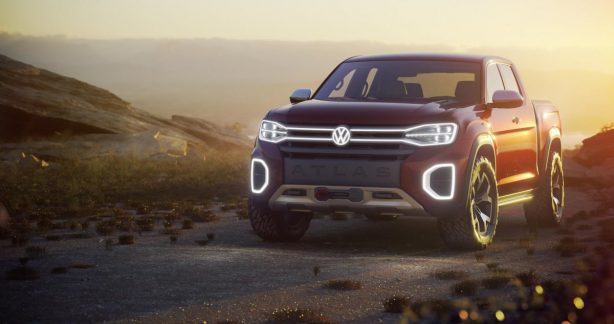 Based the Atlas SUV in the US and sitting on a stretched version of the modular transverse matrix (MQB) which underpins a raft of Volkswagen Group vehicles from the new Polo to the Tiguan, the Atlas Tanoak measures 5,438mm long, 2,030mm wide and 1,844mm tall, making the dual cab ute big enough to be considered “a large midsize pickup” in the US. 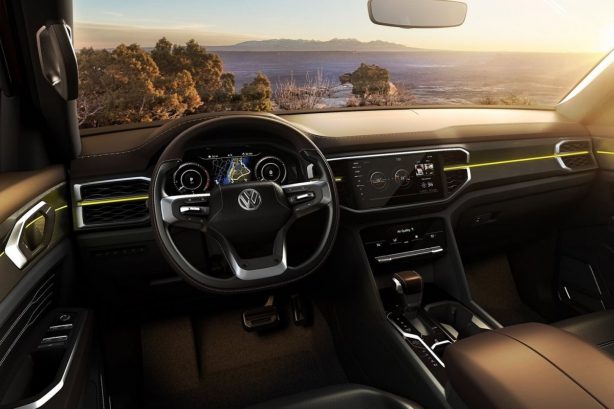 Inside, the concept is largely faithful to the production Atlas SUV’s interior, with an understated yet classy cabin not seen in this class, beating even the forthcoming Mercedes-Benz X-Class. 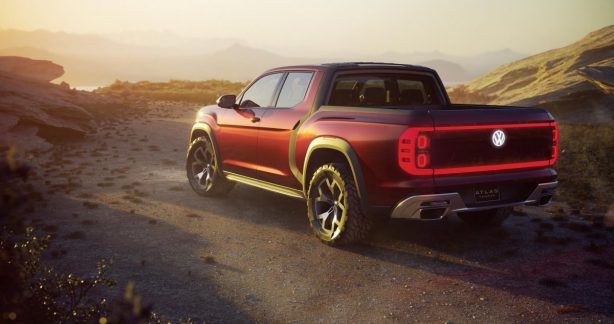 Underneath the bonnet, power comes from a 3.6-litre V6 FSI engine shared with the Atlas producing 206kW and 360Nm of torque. It is mated with an eight-speed automatic transmission and VW’s 4Motion all-wheel-drive system, with various off-road modes available for use on loose terrain.

While VW says it has no plans to put the Atlas Tanoak into production, its impressive styling might find its way to the new model.

Yes, Volkswagen says it is “an ambassador for future performance vehicles for VW R.” The …