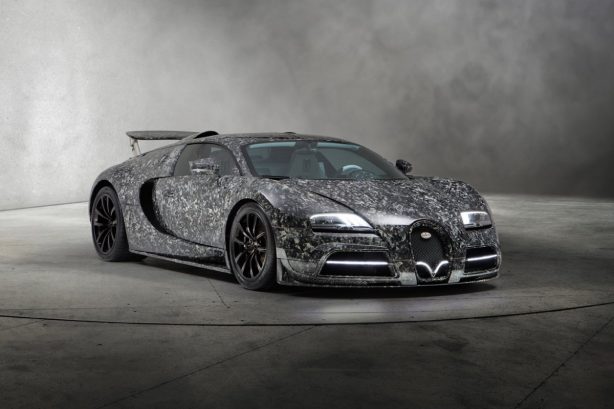 The Veyron may no longer be the poster child of Bugatti but it is still one of the world’s most exclusive supercars, combining stupendous performance with more charisma than Napoleon.

However, if that’s not enough, you can now enlist the help of Mansory who will swap the Veyron’s body panels with a full carbon fibre re-skin. Instead of using traditional carbon weave, the tuner uses a new carbon fabric called Marble Collage. 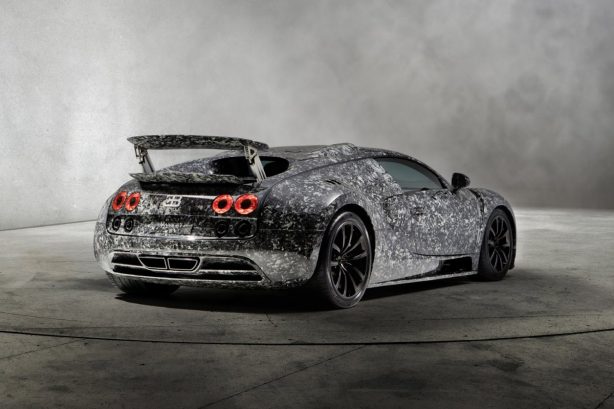 As you can see from the photos, the effect is striking. Dubbed the Vivere Diamond Edition, the re-skinned Veyron gets modified wings, a shortened bonnet, a new front apron and lip for additional downforce.

Along the sides, there are new side skirts and a set of new forged alloy wheels with slim spokes for improved brake cooling, while the supercar’s rear end sports larger air outlets along with Mansory’s own diffuser. 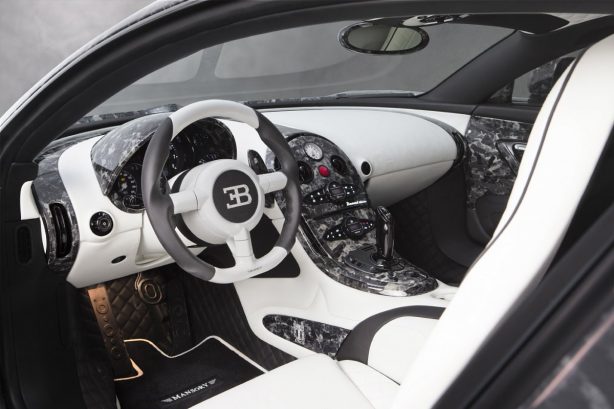 Inside, the cabin has been jazzed up with new ambient LED lighting in the seats and door panels. Elsewhere, The Vivere Diamond Edition’s instrument binnacle, centre console and doors gain carbon fibre trims, while the seats features quilted black and white leather.