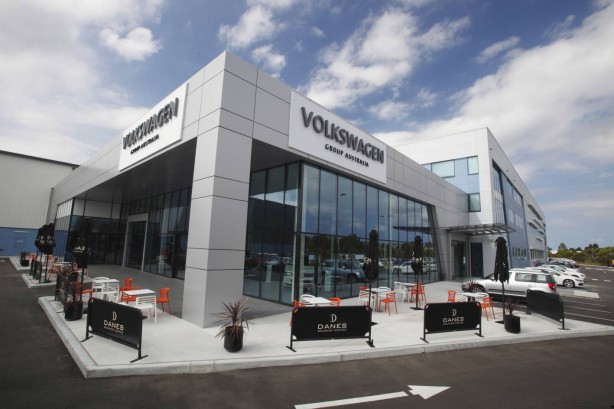 Volkswagen has revealed its latest technology innovations in its quest for more sustainable motoring into the future. The hunt for every gram of CO2, every drop of fuel and every kilowatt of power that can be harness from an internal combustion engine are the key challenges faced by the automotive industry.

To that end, Volkswagen has set the goal of becoming the world’s most sustainable carmaker by the year 2018. Compared to baseline figures for 2010, the Group wants to reduce energy and water consumption, waste generation and emissions (including CO2 emissions) by 25 per cent in all of its business areas. The company is applying all of its innovative carmaking know-how to achieve this sustainability gain within the four years remaining until 2018.

In its products, Volkswagen – the highest volume brand of the Group – is counting on electric mobility (zero-emission and plug-in hybrid models), on continually more fuel-efficient combustion engines and gearboxes, progressive lightweight design, pioneering aerodynamics and efficiency in every conceivable area. The brand has presented a raft of technologies for reducing fuel consumption and CO2 emissions – which include the world’s first 10-speed dual-clutch gearbox (DSG) – at the Ehra-Lessien test track facility near Wolfsburg.

Along with the drive systems, automotive infotainment systems are also changing faster than ever, because the vehicle and the Internet are growing and merging together. In this context, Matthias Wissmann, President of the German Association of Automobile Manufacturers (Verband der Automobilindustrie, VDA), speaks of a “revolution in the car”. And in fact, today’s hardware and software enable numerous online services and bring, step by step, the apps of smart phones into the vehicle. But that too poses a challenge. Because the new possibilities must be meaningfully and safely integrated into the world of mobility. Europe’s largest carmaker is implementing precisely this in its new infotainment systems and software solutions, which still remain intuitive despite their wide variety of functional content. At Ehra-Lessien, Volkswagen is also presenting the latest apps for networking the vehicle with the online world and other interactive convenience systems – including the first self-learning navigation system.

The great potential of the Volkswagen sustainability strategy “Think Blue. Engineering.” is reflected in the latest innovations with which the company is further reducing fuel consumption and CO2 emissions. Background: the “Technical Development (TE)” department at Volkswagen addresses sustainability issues early on in the context of product development. In pursuing this strategy, “Technical Development” is making a significant contribution towards climate protection, resource preservation and health. It has set the goal of reducing waste materials, emissions, water usage and CO2 emissions by 25 per cent (compared to 2010 figures) by 2018. Based on “Think Blue. Engineering.” each new product should also be developed to embody exhibit environmental properties – over its entire product life cycle – which are better than in the previous model.

Mild hybrid – stop-start 2.0 and coasting with engine off.

The start-stop 2.0 system does not just deactivate the engine when the car is stationary at a red light; rather it already deactivates the engine at speeds below 7 km/h. In coasting with engine off (special coasting function), the engine is also shut off at higher speeds as soon as the driver releases the accelerator pedal. This can significantly improve fuel economy when the driver adopts an anticipatory style of driving. In addition, mild hybrid systems developed by Volkswagen enable energy recovery in braking phases; productive use of this energy results in further fuel economy benefits. The engine is always restarted extremely comfortably.

New high-tech engines such as the 240 PS bi-turbo diesel of the new Passat also make saving a pleasure. With a power density of 120 PS per litre displacement, it is the most powerful of any four-cylinder TDI that has ever been put into production. The fuel consumption of the saloon – which has a top speed of 149 mph – is a low 53.3 mpg. An intelligent advanced development of this TDI might take the following form: the power of the two- litre engine could be increased to 272 PS by the use of a variable valve train, further optimised gas exchange cycles and what is known as an electric booster.

Since the first Volkswagen dual-clutch gearbox was introduced (2003), the DSG has developed into an international success. The reasons are obvious: no other automatic shifts faster, and no other automatic operates more fuel-efficiently. Now Volkswagen is presenting a newly developed 10-speed DSG for engines with up to 550 Nm of torque. The highly efficient layout of its gear steps contributes towards further lowering of CO2 emissions.

It is the sum of progress made in all disciplines that advances Volkswagen closer to its goals for 2018 – item by item. Consider the area of lightweight design: Here, the company has just adapted a sandwich construction method – two steel cover layers and a middle polymer- thermoplastic layer – from low-volume to high-volume production. The “technology donor” in this case is the street version of the Polo R WRC (in 2014, Volkswagen won the rally world championship for the second consecutive time with the racing version of this car). New systems such as the extremely thin oxide film that is vapour deposited on the low-E glass sunroof, making it infrared-reflecting, a dashboard that also reflects infrared light (both developments reduce the cooling load of the air conditioner), a range manager for electric vehicles (for optimal use of the energy stored in the battery) and need-based and extremely efficient air conditioning (also for zero- emission models such as the e-up! and e-Golf) are equally important in ensuring that fuel consumption and CO2 emissions are further reduced.

In parallel with the theme of sustainability, Volkswagen is also driving the integration of maximum interactivity in all vehicle classes, which achieves a new dimension in comfort and convenience. In the process, the car is becoming increasingly better networked with the communication world of consumer electronics. That is because more apps and online services than ever can now be used via the modular infotainment system (MIB) and Volkswagen Car-Net. The new hardware and software will change everyday life in the automobile fundamentally.

Apps and vehicle are merging.

The applications of Volkswagen Car-Net are generating gains in safety, comfort and convenience. Take the functions of “Security & Service”, which let users view vehicle data over the internet. Users might use them to check fuel and washer fluid levels before heading out on a trip, for instance.

Apple and Android in Volkswagen.

After the initial use of MirrorLink™ in the Polo and Passat, Volkswagen continues to further develop the integration of smart phones. Volkswagen is combining interfaces to a wide variety of operating systems of mobile phones, and thus also to the MirrorLink™ apps, under “App Connect”, because soon it will be possible to link nearly all smart phones to the infotainment system via “Apple CarPlay” and “Android Auto”.

The “Media Control” system that was introduced in the new Passat links tablets of all types into the matrix of infotainment systems for the first time. Rear passengers, in particular, can conveniently use their tablets to operate all key entertainment functions (radio and media), surf the Internet, view movies or send an address book entry to the infotainment system as a destination for navigation. It is also easy to find addresses by Google search and integrate them into navigation. Volkswagen is showing how future networking of tablet and car might look in a concept vehicle. Here, videos can be played back in parallel on all tablets in the vehicle – regardless of their physical source. Not only can the sound be reproduced on headphones, but also lip-synchronous over the vehicle loudspeakers. As mentioned, any device connected to the WiFi network of the Volkswagen can serve as a source, because the memory location of the media no longer plays a role in the selection process.

At Ehra-Lessien, Volkswagen is showing, for the first time, a prototype of a predictive, i.e. self- programming, navigation system. It “takes note” of the routes that the driver prefers without having to activate navigation first. Typical routes, such as the commute to work, are then automatically scanned – for traffic problems, for instance – without the driver having to start the navigation process. In addition, the system integrates information about the route most likely to be driven into the operating and charging strategy of a plug-in hybrid drive. Another example of the car that “thinks with the driver” is the “Easy Close” function introduced with the new Passat Estate. Here, the boot lid closes as soon as the person with the Passat key moves away from it; the car is also automatically locked.

Innovative progress has also been made in the area of personalisation. From now on, it will be possible to further customise the personalised settings in a vehicle. These settings will be stored in user accounts for individual drivers. When the car is opened, they are automatically activated individually for the specific driver, and they are clearly displayed. This eliminates the need to repeatedly readjust the seat, mirrors, radio stations and driver assistance systems. Over the long term, it will even be possible to port these settings to another Volkswagen. This is portable progress on the go.

Previous Scion iM Concept unveiled ahead of LA debut
Next Mercedes-AMG GT opens for ordering in the UK from £97,195