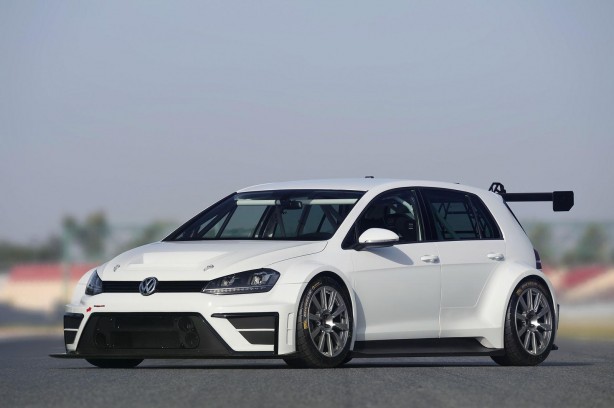 Volkswagen has unveiled their latest Golf-based track weapon. Developed by Volkswagen Motorshport, the 330hp (243kW) front-wheel drive touring car concept is assembled in accordance with TCR regulations and is intended to help Volkswagen evaluate a potential customer racing programme from the 2016 season onwards. 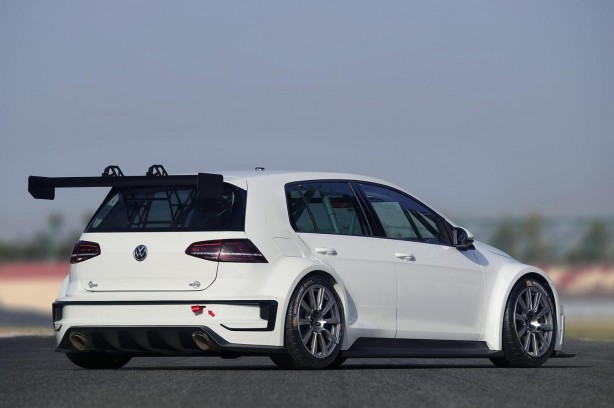 In order to accelerate the development of the car, the new Golf will be tested under competitive conditions between now and the end of the season: as cooperation partner, the Liqui Moly Team Engstler will run two cars at the eighth round of the Touringcar Racer International Series (TCR) at the Red Bull Ring in Spielberg (A). 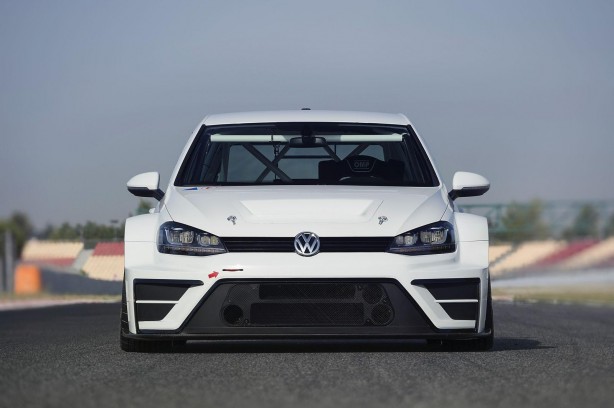 Under the bonnet is a 2.0-litre turbocharged four-cylinder direct-injected engine from the Golf R tuned to produce 243kW and 410Nm of torque. Power is channeled to the front wheels via a DSG gearbox. 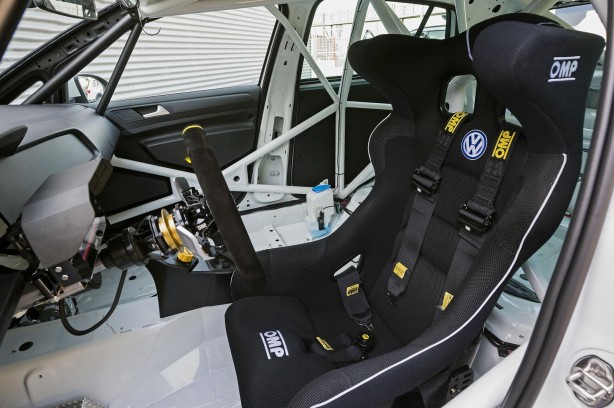 Visually, the Golf racer sits on a chassis that is roughly 40cm wider than the production car, rolling on 18-inch racing rims and equipped with a striking rear wing. An aerodynamically designed front splitter and carbon rear wing are also among the modifications for the racetrack. Among the components designed to protect the driver are a racing seat with head protectors, a racing safety cell, and a safety tank in accordance with FIA regulations.