Volkswagen I.D. Buzz Concept is the Microbus of the future 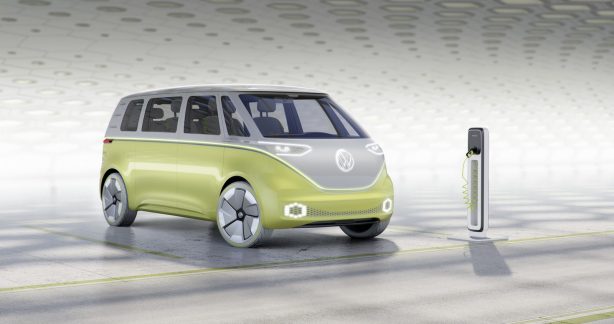 Volkswagen has added a second model to its future electric vehicle range with the I.D. Buzz Concept.

Introduced at the 2017 Detroit Auto Show, the I.D. Buzz Concept is the company’s answer to the Microbus of the future and shares some of the advanced technologies first seen in the BUDD-e concept from last year. 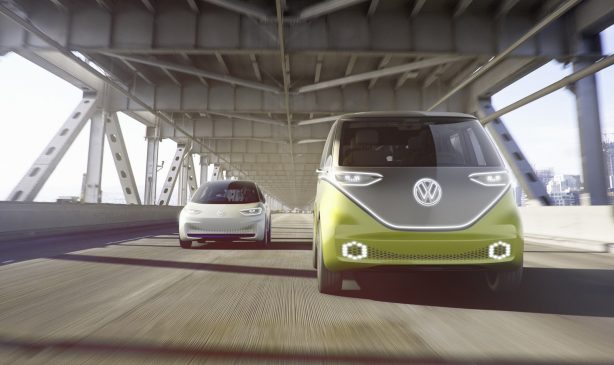 The Buzz is propelled by two electric motors, one at the front axle and one at the rear, making it an all-wheel drive producing a total output of 271kW. It draws power from a large 111kWh battery and is said to come with an expected 435km range, while 0-100km/h is a brisk 5.0 seconds.

The game changer though, is the battery which can be charged to 80 per cent of its capacity in less than 30 minutes with a charging rate of 150kW. Volkswagen says as the concept is based on VW’s MEB platform, a future production variant could be equipped with a rear-wheel drive setup, with a more down to earth 197kW and drawing power from a smaller 83kWh battery. 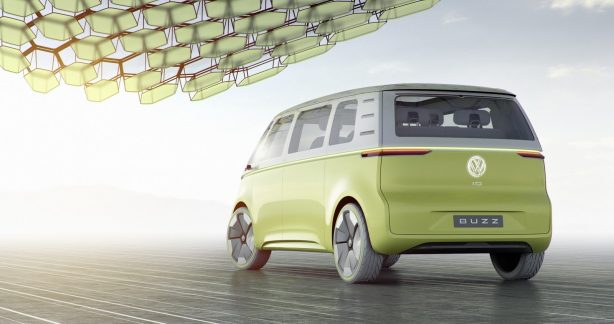 Like the original I.D. concept introduced last year, the I.D. Buzz concept is equipped with autonomous technologies, making it the world’s first fully autonomous multi-purpose vehicle – says Volkswagen. The concept’s steering will retract into the instrument panel at the push of a button, with the car taking over driving duties, courtesy of laser sensors, ultrasonic sensors, radar sensors, side view cameras and a front camera. The manufacturer says the car’s self-driving abilities could make their way into production in 2025. 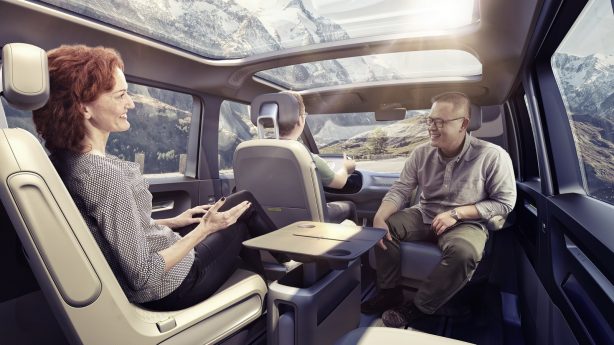 In terms of styling, the futuristic Buzz Concept adopts VW’s styling language for its future range of I.D. production models, including LED headlights that are integrated with the bodywork.

Inside, the lounge like seats can be swiveled around to face each other, while the minimalist dashboard features a large central touchscreen that controls most of the car’s functions.