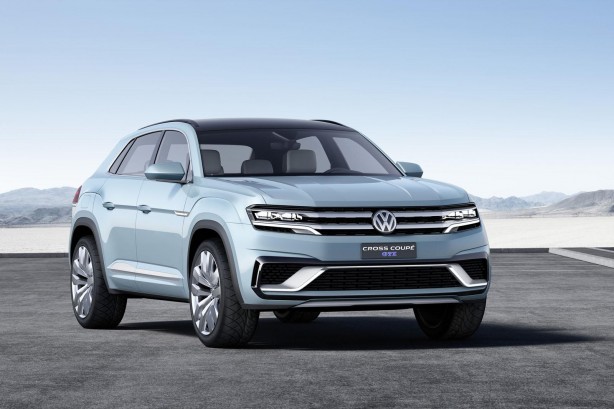 Volkswagen has previewed its upcoming American-market crossover with the Cross Coupe GTE concept, which will make its debut at the Detroit Motor Show.

Sporting a bold front fascia and muscular wheel arches, the Cross Coupe GTE is said to be the “ambassador” of a new design language developed by Volkswagen for the USA. Finished in Grand Pacific Glacier blue colour, the concept measures 4,846mm long, 2,030mm wide and 1,735mm in height. 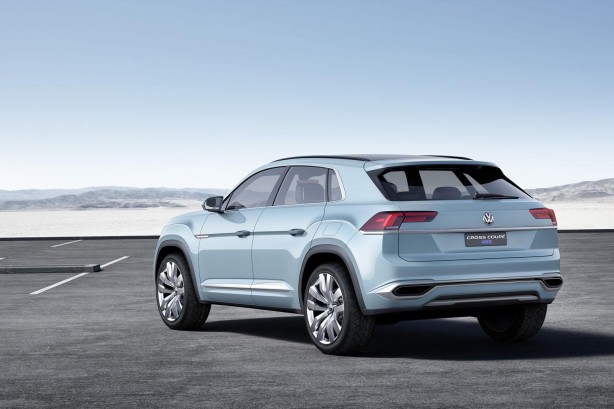 At the rear, the side character line feature merges into a polished aluminium trim strip, above which are the trapezoidal LED taillights. A skidplate with an integrated diffuser forms he final major design element at the back of the Cross Coupe GTE.

Inside the five-seat interior is a combination of gloss black and chrome elements said to be influenced by the German Bauhaus movement. The concept features a 10.1-inch infotainment touchscreen with proximity sensors and gesture control. It is integrated in the middle of the control panel and framed by two sets of vertical air vents. 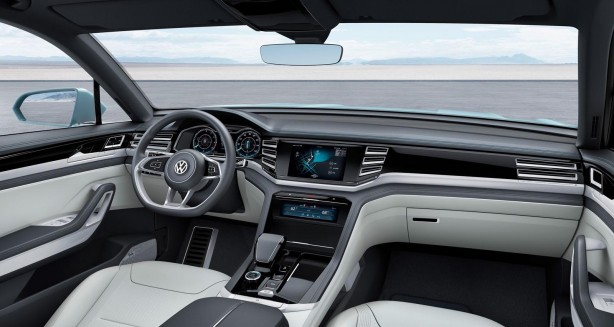 While the Cross Coupe GTE is a five-seater, Volkswagen confirmed the production model, which is scheduled to be built at their Chattanooga plant in Tennessee by end of 2016, will have seven seats.