Video: Mercedes-AMG A45 shows off ‘drift-mode’ in new teaser 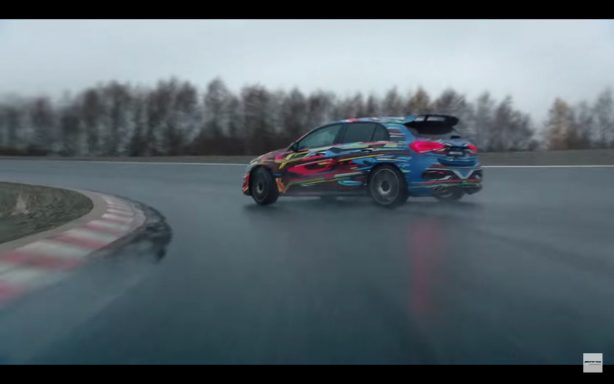 Mercedes-AMG has given us an early Christmas present in the form of an A45 teaser video.

Described as “not another Christmas video” by AMG, the festive-themed clip started off with some Chrismassy tunes and quickly transitions into scenes of the high-performance hot hatch doing power slides on the track. 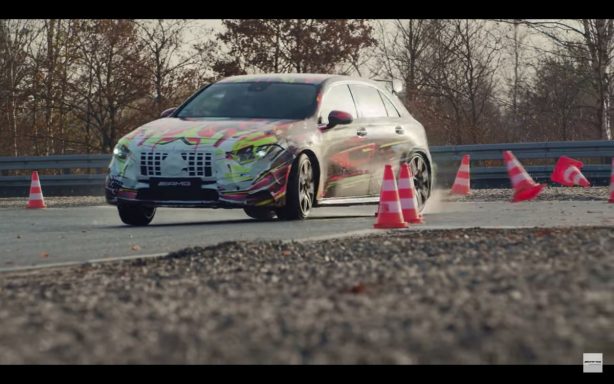 Covered in a suitably colourful camouflage for the festive season, the Mercedes-AMG A45 prototype can be seen wearing a much more aggressive body kit compared to the tamer A35, featuring a panamericana grille and quad exhaust tips. At the back, it shares the A35’s rear wing while we also notice unique alloy wheels.

While no technical details have accompanied the teaser, we already know the A45 will be powered by an all-new 2.0-litre turbocharged four-cylinder engine generating more than 294kW, making it at least 14kW more powerful than its predecessor and 70kW ahead of the A35 AMG. 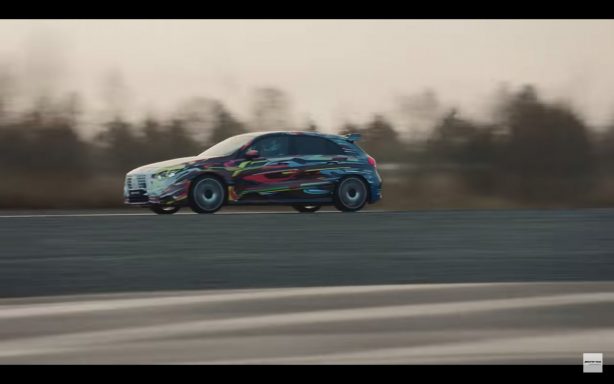 It will be matched with an 8-speed dual-clutch transmission instead of the A35’s seven-speed unit, with power channeled to all four wheels as before.

However, as demonstrated in the video, there will be an all-new ‘drift mode’ which is similar to the one used in the Mercedes-AMG GT four-door coupe. 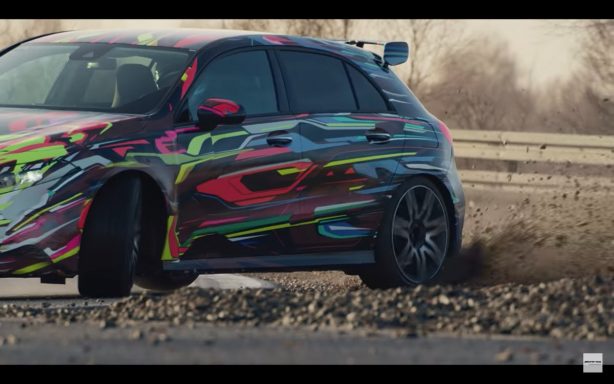 According to Mercedes-AMG CEO, Tobias Moers, the new car’s chassis will be an “unbelievable” improvement over its predecessor – pointing to a more comfortable ride than before while remaining entertaining.

Previous Mercedes-Benz A180 joins A-Class line-up as range-opener from $42,300
Next Happy festive season and a very Happy New Year!