Volkswagen has given its championship-winning Golf GTI TCR a facelift for the 2018 racing season to bring the racer closer to the production model.

Available only for racing, the front end of the racecar has been reworked to resemble the Golf GTI in the showroom, increasing the emphasis on the visual similarities and close technical relationship shared by both models. 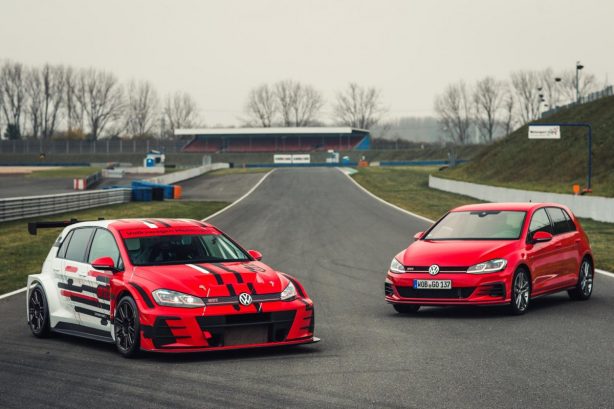 “The new look for the Golf GTI TCR resulted from close cooperation with Volkswagen Design. This helps us to underline just what a close relationship exists between the production model and the racing version,” explains Volkswagen Motorsport Director, Sven Smeets.

“For example, the engine comes directly from series production and only requires minimal adjustment for competitive racing. This is proof that the Golf GTI provides the perfect foundation for our customer racing cars.” 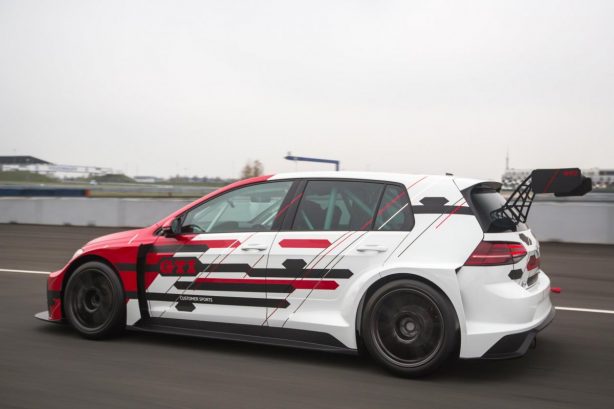 The 2018 Golf GTI TCR packs the same 257kW of power and 420Nm of torque as its predecessor and features a raft of aerodynamic upgrades with a tuned racing suspension. Power is directed to the front wheels via a six-speed sequential gearbox, enabling the racer to hit 100km/h from a standstill in approximately 5.2 seconds.

The Golf GTI TCR is one of the most successful racing touring cars of the year, claiming a TCR victory in the VLN Endurance Championship on the Nürburgring Nordschleife and finishing ahead of many more powerful cars in the 24-hour race at the same circuit. It’s also seen success with TCR teams in Asia.

The new GTI TCR is scheduled for customer delivery from January 2018.