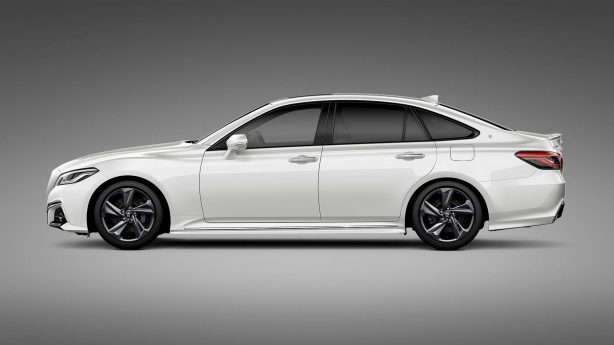 Toyota has given us an early preview of its Crown Concept ahead of the car’s debut at the 2017 Tokyo Motor Show.

One of the brand’s most important domestic models, the current 14th generation Crown has been around since 2012 (slightly refreshed in 2015) and is in desperate need of a successor.

The near production ready concept is built on Toyota’s new global TNGA platform which promises to “offer customers the enjoyment of driving cars while pursuing a future mobility society.”

Translated, it’s probably Toyota’s way of saying it will be more fun to drive, with better handling. 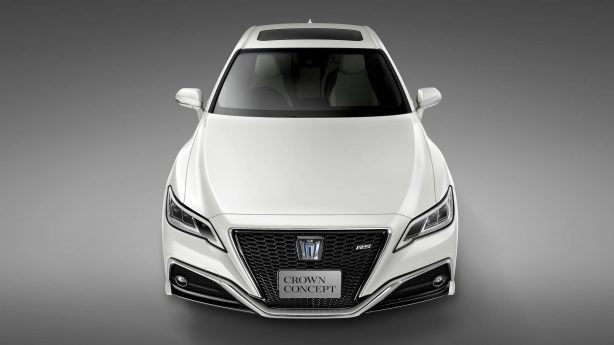 According to preliminary details, the new Crown will be slightly longer than the outgoing model, measuring 4,885mm against the current car’s 4,190mm while sitting on a slightly longer wheelbase (2,920mm).

Toyota says the production model will be equipped with Data Communication Modules (DCM) as standard. The system gathers vehicles and traffic data and processes the information to solve “societal problems” by reducing traffic jams in cities.

On the styling front, the new model will retain the 14th-generation’s ‘single shield’ front grille, along with a crisper body.

The 15th generation Toyota Crown will go on sale mid-2018.