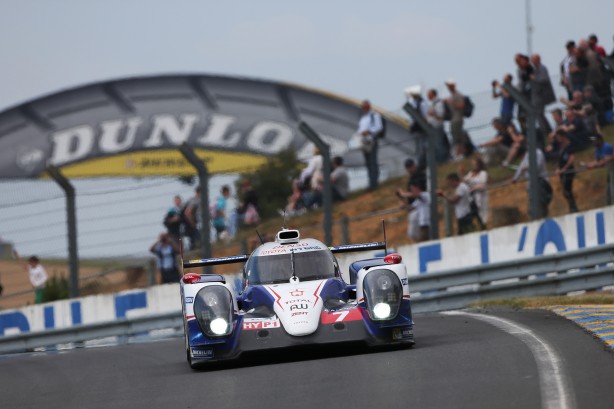 Toyota Racing’s quest for the biggest prize in international sports-car racing culminates this month as it sets its sights on victory at the famous Le Mans 24-hour race classic.The team, campaigning two TS040 hybrid-powered race cars, aims to extend its World Endurance Championship (WEC) lead by surpassing its second placing at last year’s race and putting Toyota on the top of the Le Mans podium for the first time.Expectations are high with the two cars setting the fastest lap times in official testing last Sunday, hot on the heels of Toyota Racing’s dominant victories in the two rounds of the season held so far this year.Those victories, in six-hour races at Silverstone and Spa-Francorchamps, give the team a 48-point lead in the eight-round championship where it faces strong competition from Audi and Porsche.

At the Le Mans test day, the two Toyota hybrid race cars enjoyed a trouble-free and productive eight hours of testing, each covering 88 laps or about 1,200km around the 13.629km Circuit de la Sarthe.

The team used the test sessions to evaluate aerodynamic and mechanical set-ups, tyre compounds, and the most efficient use of the TS040’s four-wheel drive hybrid boost.Team president Yoshiaki Kinoshita said Toyota Racing has done everything it can to prepare for the challenge of Le Mans.“We are going there with one target in mind – victory,” Mr Kinoshita said.“Many factors are out of our control – our rivals’ performance, luck and the weather – but we have done our homework and now we need to continue this through the race week.“With the return of Porsche, to win Le Mans this year is even harder than before, but that also means it would be even sweeter.”While this year is Toyota Racing’s third visit to Le Mans, it is the 16th time Toyota cars have entered the race. 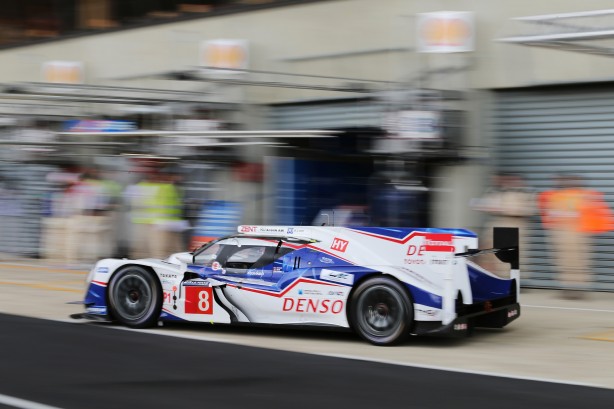 Over the past 15 attempts, starting in 1985, 40 separate cars have raced, with a best finish of second place (1992, 1994, 1999 and 2013).The two 1,000PS (735kW) Toyota TS040 Hybrid Le Mans cars showcase cutting-edge hybrid technology which delivers well over 100kW more power while reducing fuel consumption by 25 per cent compared with 2013.A total of 480PS boost comes from electric motors on the front and rear axle, with energy stored in a super capacitor. The remaining 520PS is generated by the new-for-2014 3.7-litre, normally aspirated V8 petrol engine, which drives the rear wheels.The #7 car, a fourth-place finisher last year, is driven by Alex Wurz, Stéphane Sarrazin and Kazuki Nakajima while #8 (the 2013 runner-up) is driven by Anthony Davidson, Nicolas Lapierre and Sébastien Buemi. A true endurance event, Le Mans is more than the challenge of a 24-hour race. In total, there is almost 35 hours of driving, starting next Wednesday June 11 with a four-hour practice session and two hours of qualifying.Qualifying continues on Thursday with a pair of two-hour sessions. The starting grid is decided by the fastest single lap from any of the qualifying sessions.The traditional drivers’ parade in the city centre on Friday afternoon gives fans a unique chance to get up close and personal with the drivers. The race starts at 3pm (11pm AEST) on Saturday June 14.

Five months after the second-generation BRZ made its debut, it’s now Toyota’s turn with its …