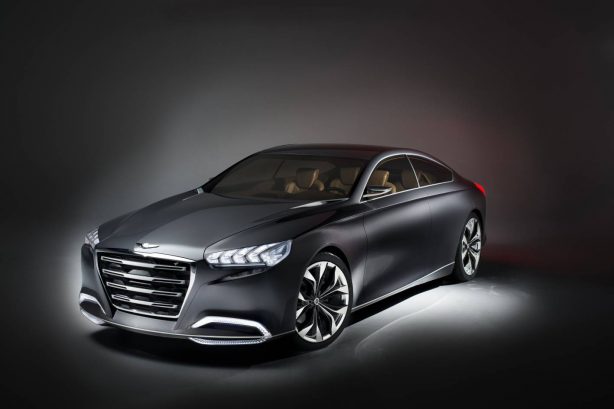 As reported previously, the concept gives us a glimpse into the design of future Hyundai models. The concept seemed to have adopted Audi’s single shield grille which dominates the front facia, although Hyundai’s version sports four brushed metal bars within the grille. The low slung sedan also features rear-hinged doors for easier passenger access.

While these features may not make it to production, what we can expect is an Audi A7 or Mercedes-Benz CLS rival from the ambitious Korean brand, specifically under its Genesis and Equus moniker. 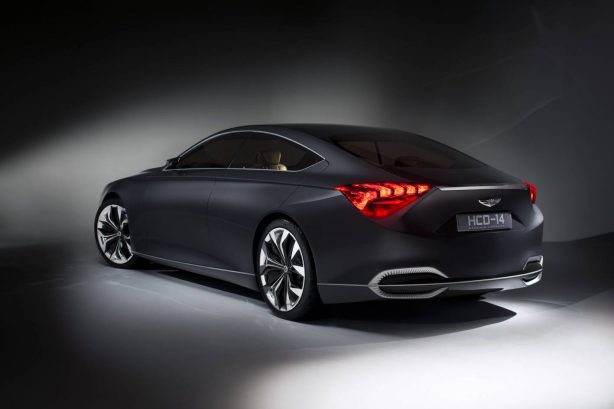 Also unlikely to make it to production is the car’s driver oriented cockpit, which does away with a conventional centre console. In its place is an eye-tracking and 3-D hand-gesture recognition infotainment system. 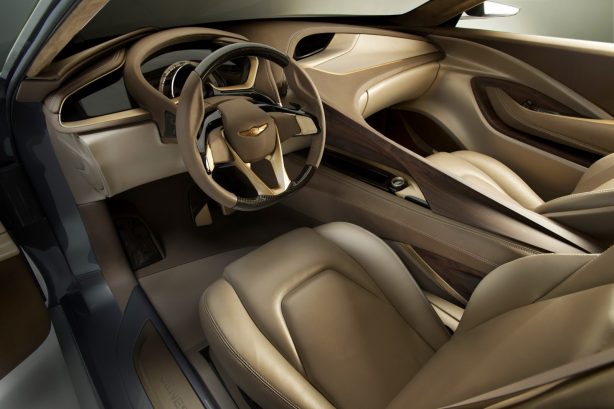 The HCD-14 Genesis is powered by Hyundai’s existing 5.0-litre “Tau” direct injection V8 with dual continuously variable valve timing (D-CVVT). It uses optical recognition to identify the driver and initiate the starting sequence, while gear selection for the 8-speed automatic gearbox is performed via paddle shifters.

Hyundai has unveiled what is arguably the sexiest people mover to ever grace these pages, …