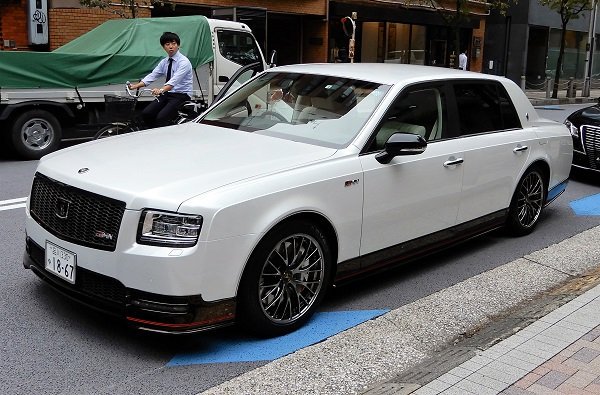 Produced strictly for the Japanese domestic market, the Century is the flagship in Toyota’s local line up and this hotted-up version includes a custom bodykit with black trimming from Toyota’s go-fast division GRMN. 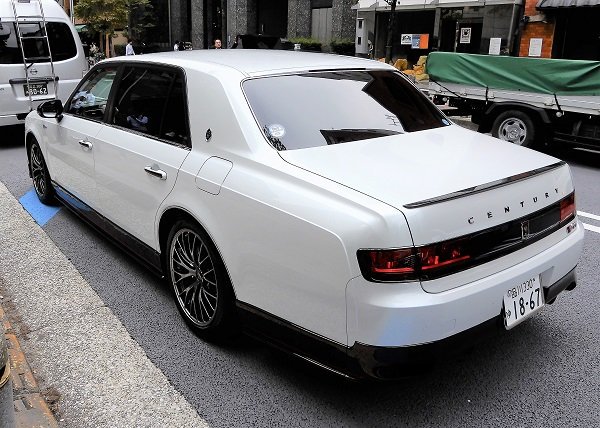 The luxury sedan also rolls on a set of aftermarket wheels shot with Yokohama Advan tyres, behind which hide a set of white brake calipers.

When caught by the Japanese media, Akio San reportedly told the gathered journalists that he had been specifically instructed “not to drift” the Century GRMN as it’s armed with a raft of expensive development parts. 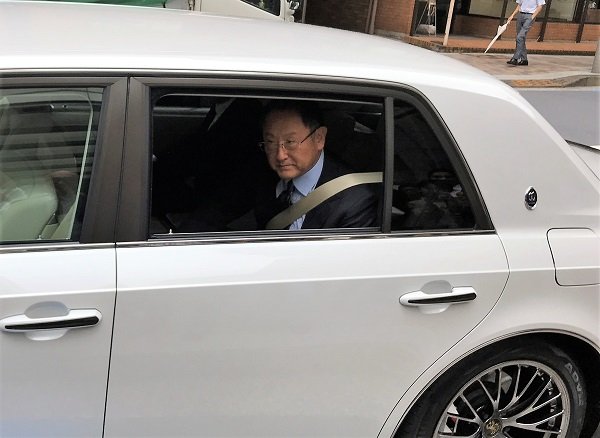 No one knows what’s lurking underneath the car or why it was created but some quarters have suggested it could be a PR stunt to show Toyota is capable of having fun after all. Perhaps Toyota is actually mulling a Century GRMN for the market and the car is used as a way of gauging public reaction.

One thing is evident though. Toyota is no longer the boring car company it once was under the helm of Akio Toyoda.

If making a sporty model of the most stately Toyota is wrong (it is), I don’t want to be right (I’m not) pic.twitter.com/pJnOULM8JY

The current-generation Toyota Land Cruiser (below) has been around since 2007. Even having undergone two …