Toyota boss takes his bespoke Century GRMN to the track

Remember the super-hot Toyota Century GRMN belonging to Toyota boss, Akio Toyoda from last year? Well, it’s been caught out in the wild again, this time on a racetrack!

Captured by fans in what appears to be a gathering of top performance vehicles from Toyota, Toyoda arrives in his bespoke luxury sedan to join the ensemble of performance cars, including a Toyota TS050 endurance racer, a Prius GT300 from Japan’s Super GT series, an 86 race car, and the forthcoming Supra which is still clad in camouflage.

In a nice bit of theatre, the chauffeur was dress in full racing uniform! 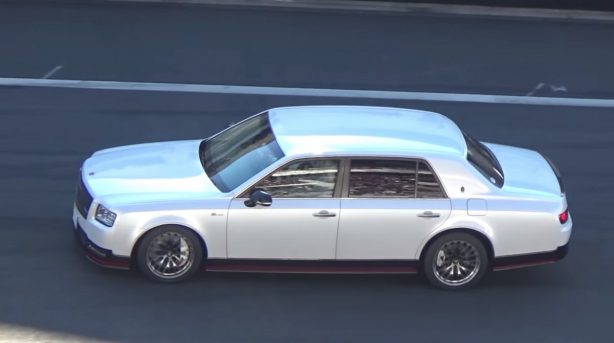 The Century is Toyota’s flagship model in Japan, sporting a hybrid 5.0-litre V8 that pumps out 277kW and 510Nm of torque. It is connected to a CVT that channels power to the rear wheels. Toyota builds just 50 of them a month.

Besides what we can we on the outside, the changes made to Toyoda’s GRMN Century remain a mystery. However, sources out of Japan claims the car retains the production model’s 5.0-litre V8 with hybrid assistance but gains an all-wheel drive system.