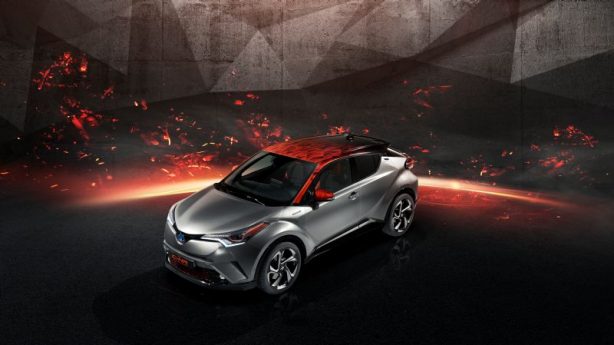 Toyota has announced it will be developing higher-performance hybrid technology for its core models with an emphasis on a “fun-to-drive” character.

The announcement was accompanied by the world debut of a C-HR-based hybrid concept at the Frankfurt Motor Show in Germany. 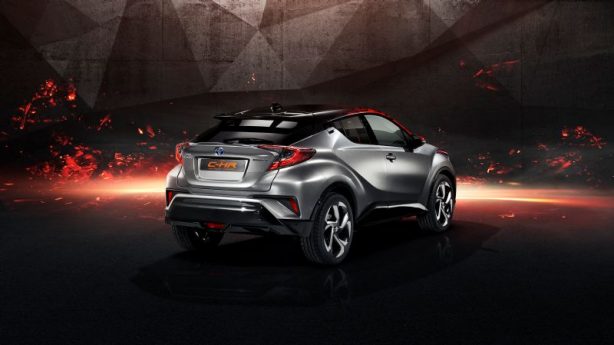 The concept has been designed around the use of a new hybrid powertrain that offers more power and performance than the 90kW combined system output featured in Prius and European versions of the C-HR. The C-HR for Australia is fitted a turbo petrol engine.

Toyota said its intention with the C-HR Hy-Power Concept was to develop the styling of the compact SUV to connect even more strongly with customers who have highly individual tastes and lifestyles, emphasising its stylishness and fun-to-drive character.

Toyota said more details regarding the significant and strategic future development of higher performance hybrid options would be revealed early next year. 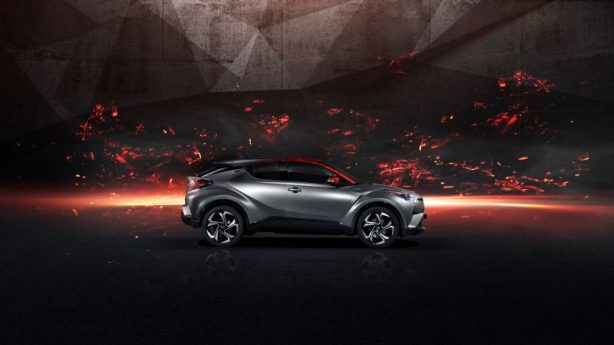 The Toyota C-HR, which was launched locally in February, has enjoyed strong global sales success with its striking styling and a rewarding driving character, founded on its Toyota New Global Architecture-based (TNGA) platform.

Their skills were applied to amplifying the inherent qualities of the production car’s design through innovative use of colours, finishes and detailing. In fact, the concept uses exactly the same sheet metal as the showroom car.

Exploring the diamond theme that underpins the Toyota C-HR’s styling, the team at ED2 found inspiration in the natural forces that turn carbon into diamonds. This thinking led to the use of a new Dark Carbon silver paint with a matt finish to accentuate the interplay between the vehicle’s sharp lines and deeply sculpted surfaces. 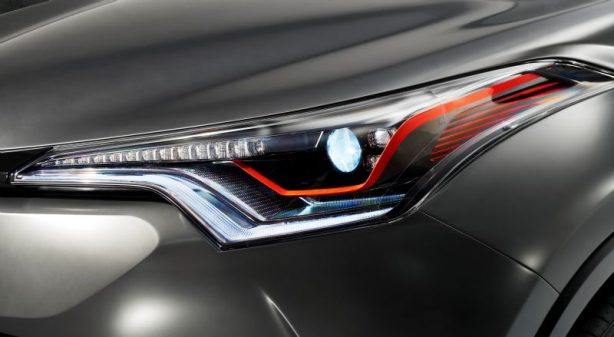 The effect is heightened by the use of gloss black elements, including the lower front lip spoiler, the area above the Toyota emblem on the front of the car and the wheel arch trims.

Dark chrome sustains this effect, witnessed in the headlamp ornamentation, window frames and in the 20-inch alloy wheels.

A dramatic contrast is struck by use of an anodised Burning Orange finish on the front pillars, the door mirror housings, an accent bar within the headlamps and as a highlight within the black diamond mesh pattern of the lower grille.

A unique “diamond-cut” film over the entire roof exhibits a faceted, crystalline pattern that flows from black at the rear to brilliant anodised orange at the front, mixing together contrasting matt and gloss planes. 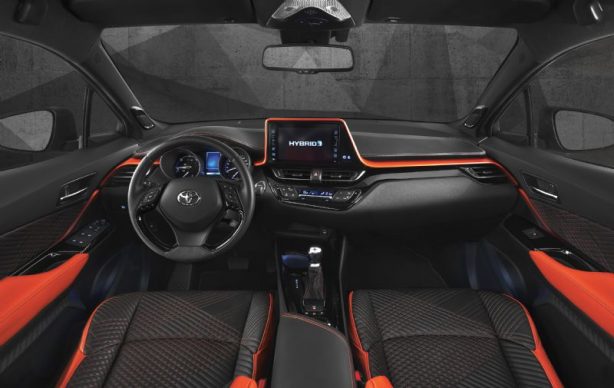 The interior carries forward the exterior themes to sustain the power of the concept’s design with a tone-on-tone approach that combines black upholstery and trim with Burning Orange details.

The seats are finished in black leather with orange headrests and bolsters. Burning Orange yarn has been used to create a unique, asymmetrical quilting pattern of multiple diamond shapes across the seatbacks and cushions.

The design is replicated on the inner door panels, which also feature orange armrests. A further flourish is provided by the orange finish for the highlight trim that extends the full width of the instrument panel and frames the multimedia touchscreen. 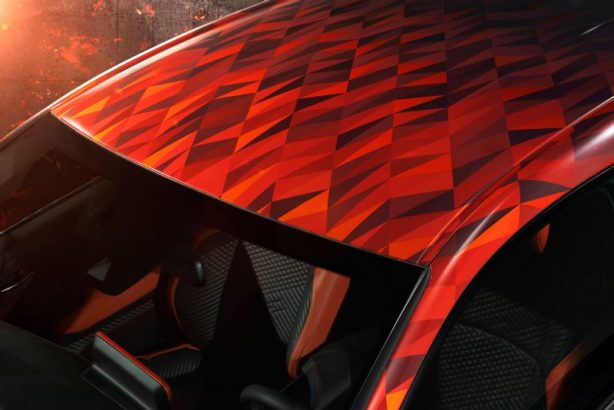 ED2 chief designer Lance Scott said the design team did not want to make significant changes to the dramatic and highly distinctive design of the production car.

“What we wanted to do was almost to purify or concentrate the unique value of the Toyota C-HR and see how we could give it further emphasis by using a new and unique colour and interior trim execution,” Mr Scott said.

“The challenge was not to stray away from the qualities that define the Toyota C-HR, but to add to them in a fresh and original way,” he said.