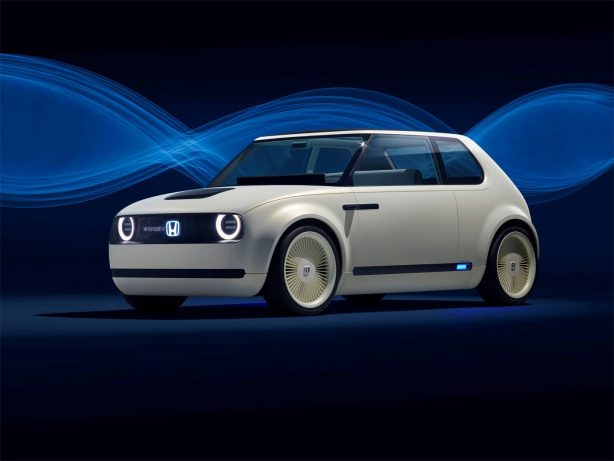 Honda has unveiled its all-new electric concept called the Urban EV Concept at the 2017 Frankfurt Motor Show. Honda says the car “sets the direction for the technology and design that will appear on a future battery electric Honda production model.”

The retro, yet futuristic concept is built on an all-new platform and schedule for production by 2019.

“This is not some vision of the distant future; a production version of this car will be here in Europe in 2019,” said Takahiro Hachigo, President and CEO of Honda. 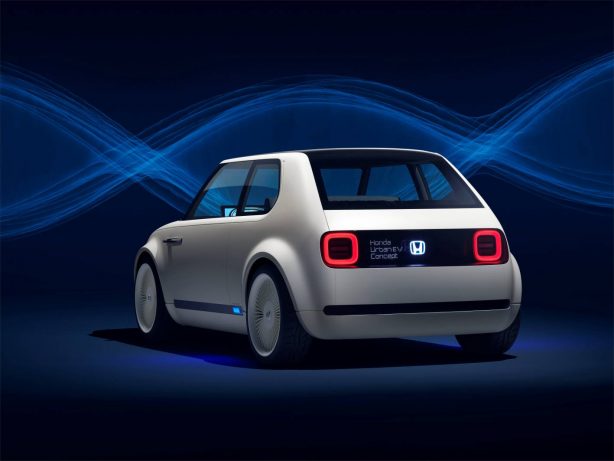 The car’s low and wide proportions harks back to the 3rd-generation Civic hatch, while its compact proportions is just 100mm shorter than the Honda Jazz at 3,855mm.

The Honda emblem on the concept is backlit in blue, which previews a new styling feature for the company‘s future EVs. At the front of the car, interactive multilingual messages can be displayed between the headlights, including greetings, advice for other drivers on the road, or charging status updates.

Other highlights include the pop-out cameras along the sides of the car which replace conventional side mirrors and rear-hinged coach doors. 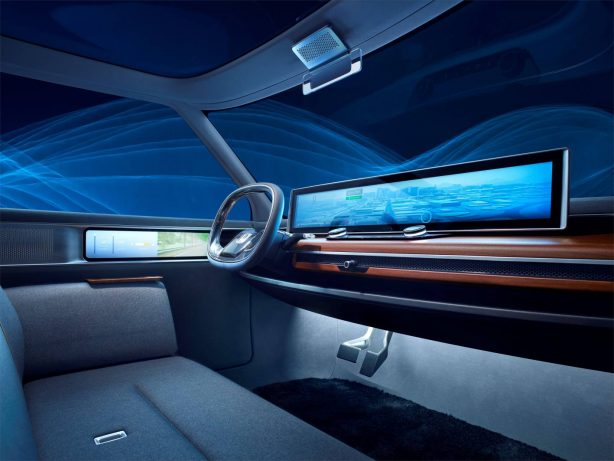 Inside, the driver and passengers is greeted by a giant display that presents a range of vehicle information, including remaining battery level. There are also colour displays on the doors which function as the car’s wing mirrors.

The Urban EV Concept is a four seater. To enable easy ingress and egress for rear passengers, the rear seatbelts a fixed in the middle of the seat so that they retract out of the way before passenger exits the car.

Honda hasn’t revealed details about the concept’s electric powertrain, except it is capable of sending electricity back into the grid.