Toyota 86 Racing Series debuts in South Australia at The Bend 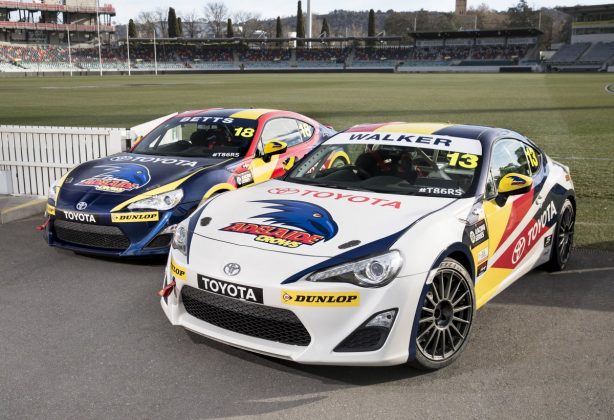 Toyota’s one-make 86 Racing Series will be making its debut at The Bend Motorsport Park in South Australia on 24-26 August with a line up of 36 cars on the grid.

The race will act as a support category to the Supercars SuperSprint event at the new 4.95km purpose-built racing circuit, which has been labeled Australia’s own Nürburgring.

Toyota chief marketing officer Wayne Gabriel said it was fantastic to have a brand-new facility like The Bend now operating in South Australia to deliver all the excitement of the Toyota one-make series to a broader base of motorsport fans. 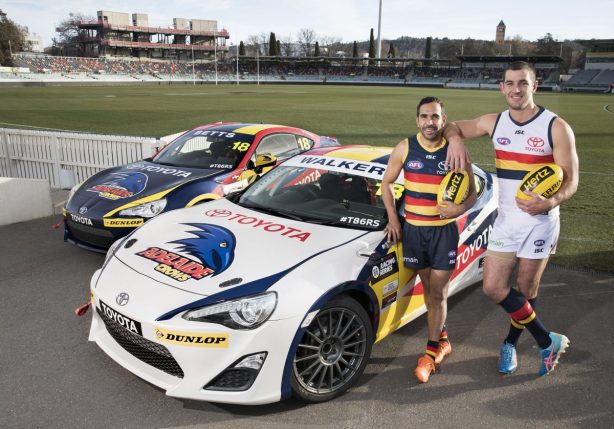 “The 86 series is all about offering aspiring race drivers and talented amateurs a grass-roots, affordable racing series that pits drivers of all ages and experience against each other in tight competition.

“With the opening of The Bend, we can now bring that to South Australian fans who can witness all the live action and maybe be inspired to get involved, with Toyota committed to running the series until 2020,” Mr Gabriel said.

This will be the first 86 Racing Series event at the circuit, located about 100km south east of Adelaide near Tailem Bend, and promises plenty of excitement with cars tackling the 18 corners and fast straights of the International Circuit. 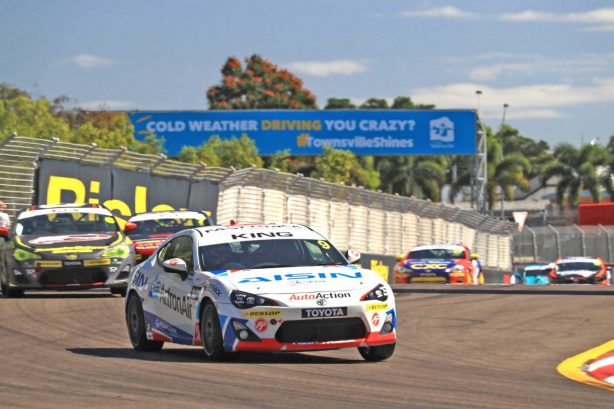 Series leader Tim Brook will be aiming to maintain his overall lead of the series after taking a clean sweep in all three races at the last round in Townsville in early July.

Lining up against Brook will be second-placed Luke King and current third place holder Cameron Crick, along with a field of talented weekend racers and up and coming stars of the future.

Also on the grid will be two invited professional drivers in kiwi Chris Pither and Supercars veteran, Jason Bright who has more than 250 championships starts to his name.

Pither, Bright and series mentor Jason Bargwanna will be on hand to impart their knowledge and experience to all drivers with the former two aiming to demonstrate that on the track. 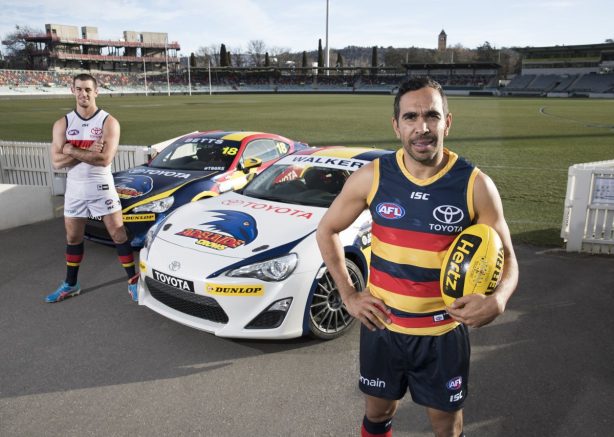 Pither and Bright will be racing under the Toyota Racing Australia team in a pair of cars specially wrapped with Adelaide Crows livery to celebrate the 86 Racing Series’ South Australian debut.

The two cars will feature the home and away colours of the Toyota-sponsored Crows running under the names of captain Taylor “Tex” Walker and Eddie Betts.

Walker and Betts might be in Melbourne playing out their own battle at Etihad Stadium over the weekend but their surrogate drivers in Bright and Pither will be channelling their spirit hoping to drive the Crows to glory on track and field. 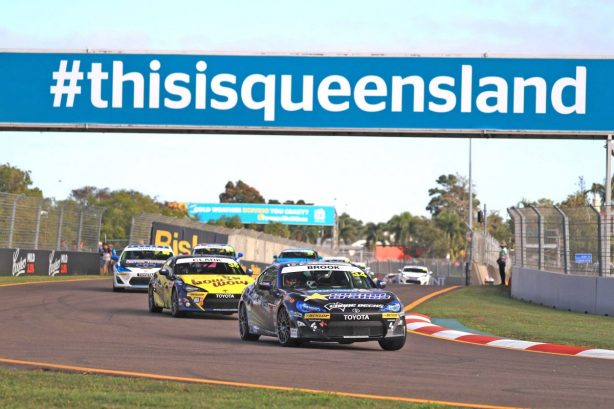 The Toyota 86 Racing Series is designed to provide an entry point and training ground for up-and-coming drivers, offering a confirmed prize pool of $150,000.

Open to variants of Toyota’s cult-classic sports car, the series is part of the support program at selected rounds of the Virgin Australia Supercars Championship.

For regular updates and more information go to https://toyota.com.au/86/racing-series.