The Rotary to live on, Introducing the Mazda RX-Vision Concept 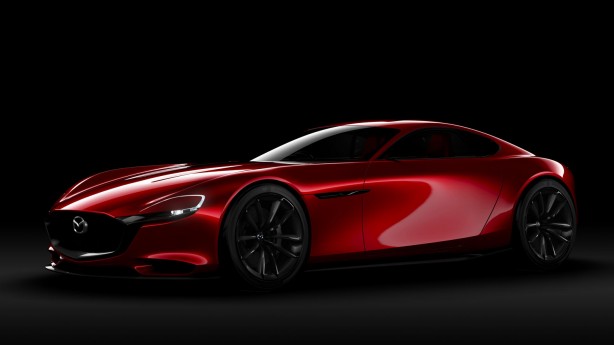 Mazda has once again revived their Rotary lineup with the debut of the RX-Vision Concept Car at the 2015 Tokyo Motor Show.

A potential precursor to the RX9, the new coupe will reintroduce the rotary and become the first rotary-powered car after the demise of the RX8 in 2012. Traditionally Rotarys have been difficult to manage when it comes to emissions however President Masamichi Kogai is adamant that they will meet the ever tightening emission regulations imposed.

We can’t expect too much of the concept just yet as it is just that, “a Concept”. Mazda states that the car “represents a vision of the future that Mazda hopes to one day make into reality; a front-engine, rear-wheel drive sports car” with “KODO design-based proportions” and “Powered by the next-generation SKYACTIV-R rotary engine”. 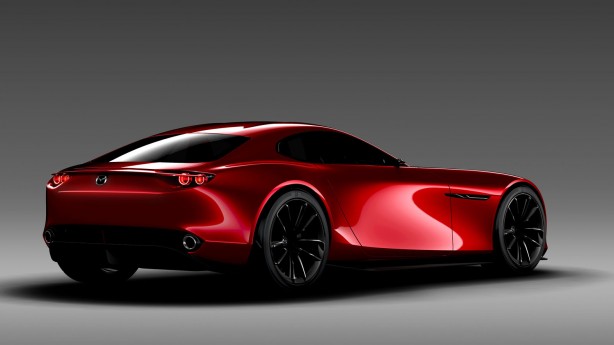 The stunning design features a staggered set of black 20 inch wheels, long roadster style hood, a short stubby rear end and short overhangs. The car measures in at 4.389m long, 1.925m wide and 1.16m tall with a wheelbase of 2.7m, this makes the concept shorter, wider and lower than the existing RX8.

As with most concept vehicles the interior is kept rather simple, Mazda have opted for a retro inspired deep steering wheel and analogue dash gauges reaching 10,000 rpm. Mazda have ditched most amenities in the aim of weight savings, they have gone so far as replacing the door handles with leather straps.

Unfortunately Mazda haven’t shared much in the way of engine information, only stating that the company is determined “to take on challenges with convention-defying aspirations and the latest technology”.

At this point it’s anyone’s guess as to when the production ready RX will be available.