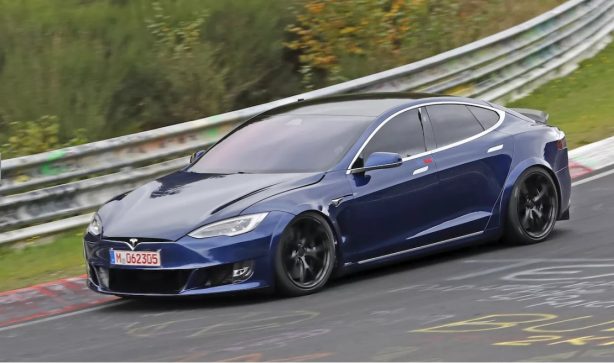 It’s no secret that Tesla is going for the fastest 4-door electric vehicle crown by challenging the Porsche Taycan and the American company is close to wrapping development of a high-performance Model S.

Curiously, there’s also an air breather behind the front wheel fender which seems rather odd given that it has no engine under the bonnet. It’s most likely just a styling element or aerodynamic feature and we’re not complaining.

According to insights, the range-topping Tesla Model S will feature a new powertrain called ‘Plaid’ that will be even more insane than the current ‘Ludicrous’ drive mode found in the Model S P100D – the current performance flagship. 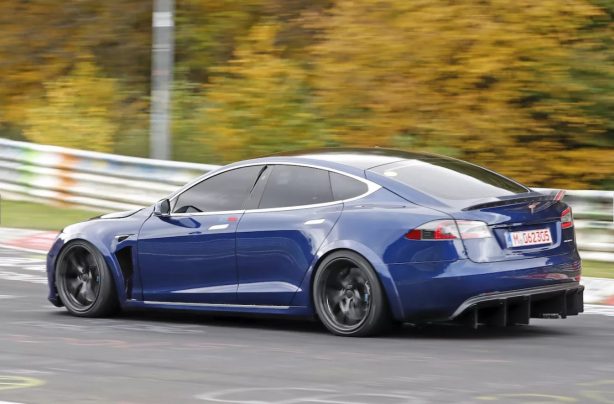 Rather than the two-motor set up of the P100D, the Model S Plaid will pack three motors. Details are scarce but expect each front wheel to have a dedicated motor and the rear axle getting its power from a larger rear-mounted motor.

The EV is expected to have carbon ceramic brakes and roll on wider Michelin Cup 2R performance tyres.

Tesla is reported to have recorded a lap time of 7 minutes and 20 seconds for the Model S Plaid last month at the Nurburgring, making it unofficially quicker than the Taycan’s 7 minutes and 42 seconds lap time.

The fastest ever Model S is expected to debut in early 2020.