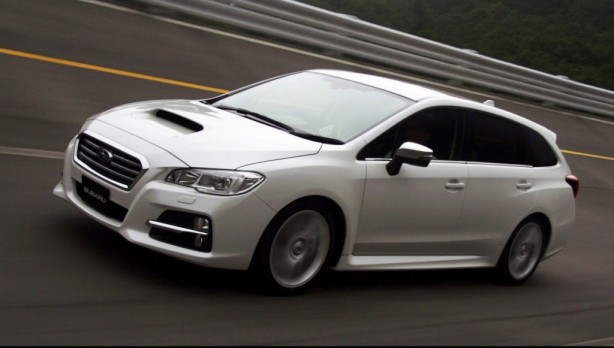 Subaru rolled out, arguably, one of its best looking product in recent times at the 2013 Tokyo Motor Show – the Subaru Levorg. The performance-oriented concept wagon, is set to spawn a production model that will debut this year. 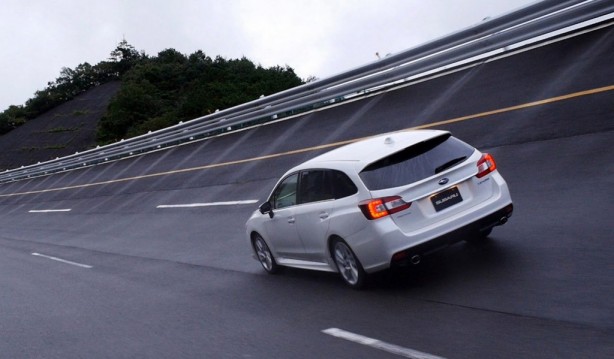 Now, a video has emerged of the Levorg hitting Japanese roads and track. Those of you who know the language might want to enlighten us on what the testers were saying about the car. But from the video, it’s clear that Subaru has picked up its game. The car seems to handle quite well around the bends and the interior quality seems to have improved.

The Japanese marque said the Levorg was developed around two separate powerplants, both with turbocharging and direct-injection technologies. The first one is a new 1.6-litre engine with 124kW (168 hp) and 230Nm of torque, and the second one is a 2.0-litre unit derived from the engine in the Forester XT developing 218kW and 400Nm of torque.

They are paired with Subaru’s Lineartronic CVT and feature the automaker’s SI-DRIVE system, which alters some of the car’s performance characteristics such as throttle response and gearshift speed. The car is also fitted with an electronic power steering system.