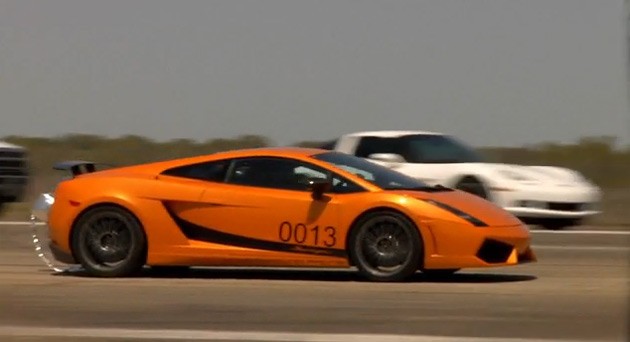 After months of painstaking sweat and effort, Underground Racing was finally ready to put this 1900 horsepower (yes it is 1900 HP!) Twin Turbo Lamborghini Gallardo on a drag strip.

At the Texas Mile, on October 23rd, 2010, they were attempting to set a new record. The driver, Richard Holt clocked an incredible 240mph when he went past the traps. He then applied the brakes and deployed the car’s parachute to slow down. However, sudden strong cross winds unsettled the balance of the car, causing the car to swerve to the right of the track. The Lamborghini hit a raise barrier, went air born and launched into a series of nose to tail tumbles before finally settling into the dust.

Amazingly Richard walked away from the crash battered and bruised but otherwise unhurt. Check out the video after the jump.