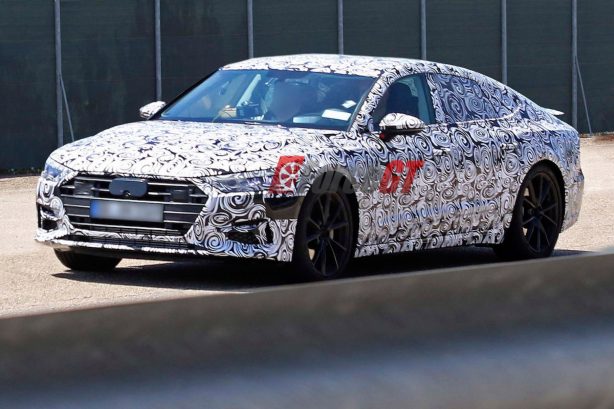 Our friends with the long lens have managed to snap a few shots of the 2018 Audi A7 Sportback, revealing near production-spec head and taillights, along with final specification body panels.

Despite the heavy camouflage, the new model appears to have taken a few styling cues from the Prologue concept, most notably its sleek headlights and prominent front grille. 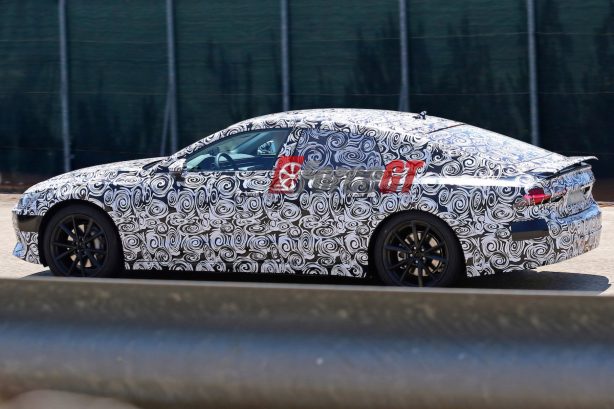 There’s also a strong shoulder line in the rear quarter to give the car a wider stance, while the car’s rear end will look familiar to current A7 owners.

There are no photos of the new car’s interior but we could get a glimpse of it from some of the photos, which shows the continuous air vents design similar to the Audi Q7. 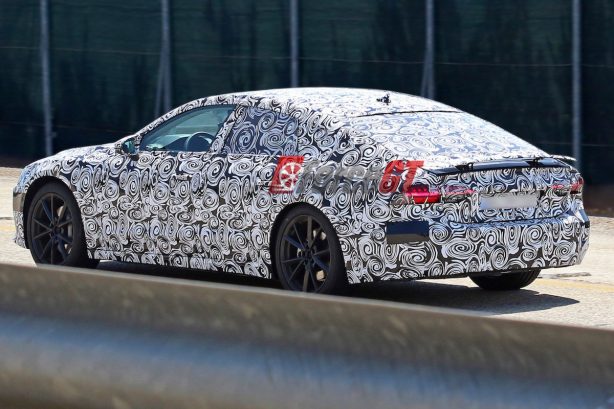 As the all-new A7 is still roughly two years away from the showroom, its interior design may still evolve.

Before then, we can expect to see the next-generation A8 and A6 some time next year, both of which should also adopt some of the Prologues design cues.

Previous Audi RS1 rumoured to be on the way in 2017!
Next Report: next-gen Mazda RX-7 to be lightweight with 335kW