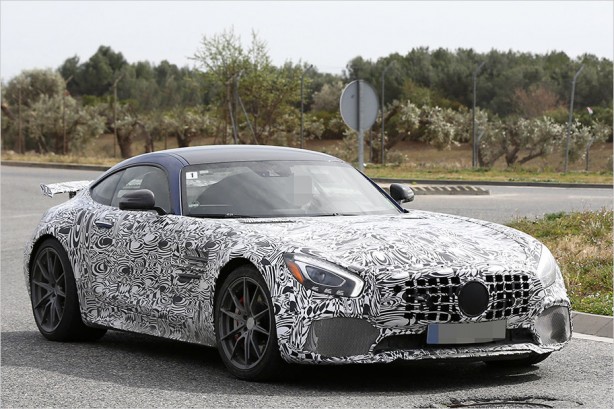 If you feel that your Mercedes-AMG GT is still not fast enough, well, we have good news, as it seems the folks at Affalterbach are planning a more hardcore version of the sports coupe.

First spotted in January undergoing winter testing in Germany, the prototype is out and about again, this time soaking up the warmer climate of Southern Europe.

The latest batch of spy photographs give a closer look at the new flagship, which is expected to get the GT R moniker. At the front, subtle differences are marked by a new grille and splitter under the front bumper. The rear is dominated by a fixed rear wing, which is complimented by deeper rear diffuser housing centrally mounted exhaust pipes. 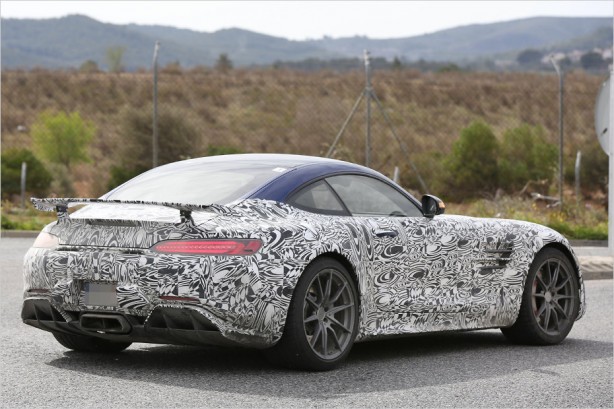 The Mercedes-AMG GT R will have an even higher output version of the 4.0-litre twin-turbo V8 engine, which currently makes 375kW and 650Nm in the GT S. Bigger brakes and stickier tyres will also be the order of the day.

Rumours also have it that the AMG GT R will feature a four-wheel-steering system and adjustable spool-valve dampers to tighten handling even further.

Befitting its flagship status, the AMG GT R will also have some sort of active aerodynamic elements. Expect the sprint from rest to 100km/h in the low 3 seconds, rivaling the likes of Porsche 911 Turbo S and Jaguar F-Type SVR.

Previous Citroën C4 Cactus on sale from a modest $26,990
Next A look at Mexico’s own supercar: The Vuhl 05