A more powerful Mazda MX-5 roadster is said to be in the works and due for release in Japan later this year.

Japan’s Car Watch magazine had the opportunity to sample a 2019 Mazda MX-5 pre-production prototype and was kind to reveal some key details. The current 2.0-litre engine which produces 118kW/200Nm will see its power and torque figures raised to 135kW and 205Nm.

The hike in power is the result of a powertrain overhaul which includes a dual mass fly wheel, lighter pistons and connecting rods, a larger diameter throttle body, enlarged exhaust valves and wider exhaust piping.

The upgrades allow the redline to rise from the current 6,800rpm to 7,500rpm, along with better thermal efficiency and lower emissions. 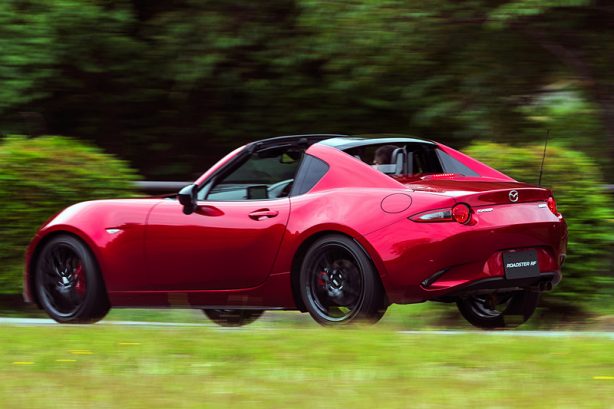 Mazda’s engineers has also installed softer suspension bushings at the back, which allegedly improves steering feel. Driving position is further refined with a new telescoping steering wheel, offered for the first time in the MX-5.

Visually, the updated MX-5 in Car Watch’s photos does not appear to differ much from the current model, suggesting that this round of update is purely on engine and handling performance.

Car Watch has stopped short on mentioning if the new MX-5 will be made available outside Japan but it would only make sense for Mazda to roll it out globally to justify the investment spent in the upgrade. 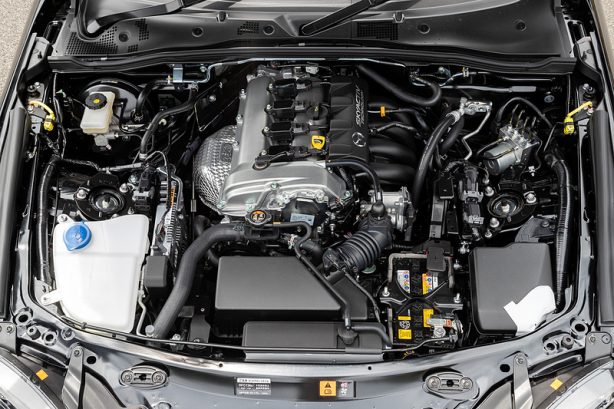