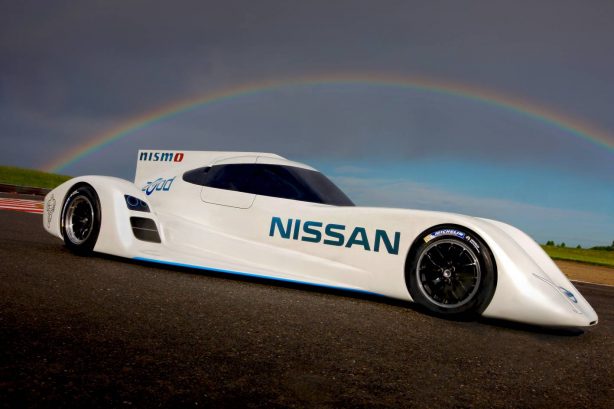 Nissan has unveiled the world’s fastest electric racing car – the ZEOD RC, capable of reaching speeds in excess of 300km/h with electric technology.

The ZEOD RC (Zero Emission On Demand Racing Car) will make its race debut at next year’s Le Mans 24 Hour. Nissan will trial variants of new electric drive train technologies as part of its intended future return to LM P1 competition to challenge for overall victory at the world’s most prestigious endurance race.

The electric car will compete under the ‘Garage 56’ entry – an additional spot on the grid for vehicles that showcase new and innovative technology.

Run as a Nissan / Nismo full factory international program with input from Japan, Europe and the US, the Nissan ZEOD RC design team is headed by Ben Bowlby who has been newly-appointed as Nissan’s Director of Motorsport Innovation and previously worked on the Nissan DeltaWing program in 2012. 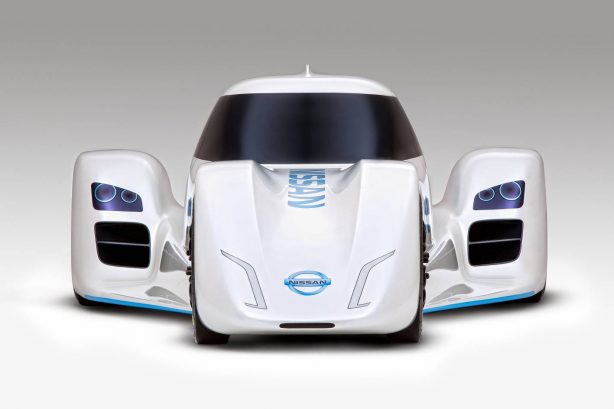 “Nissan has become a global leader in the development of zero emission automotive technology and the Nissan ZEOD RC will allow us to further develop those capabilities using the toughest endurance race in the world as a mobile test bed to test the potential of our planned LM P1 powertrain,” said Andy Palmer, Executive Vice President and Executive Committee member at Nissan Motor Company Limited.

“The Nissan ZEOD RC is a natural progression that follows on from the development of the Nissan LEAF road car and the LEAF RC race car prototype. The technologies developed through the ZEOD RC program will form part of future innovations for Nissan road cars.”

“Nissan is already a global leader in the sale of all-electric cars and we’re eagerly awaiting the opportunity to showcase the lessons learnt with the development of battery technology in the world’s oldest, toughest and most high profile endurance race.”

Nissan is using the ZEOD RC program to develop multiple technologies to evaluate how they could be used for a future LM P1 class return of Nissan at the Le Mans 24 Hour. The technologies include a Zero Emission on Demand option where the driver can switch between electric and petrol-powered drive. This will also form a future direction for Nissan’s road cars. 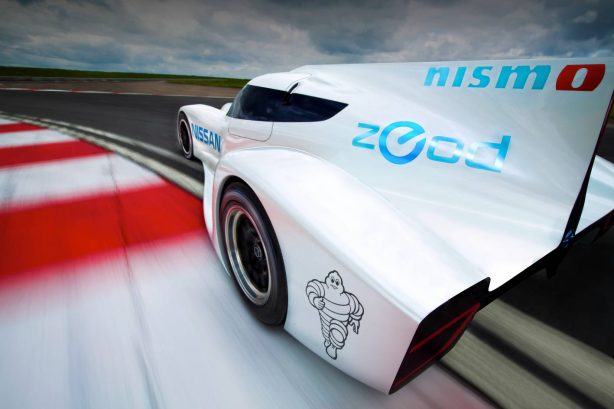 The Nissan LEAF has become the world’s best-selling all-electric car since its launch in 2010. The Nissan LEAF RC was introduced in 2011 – a race car prototype powered by the same 107-hp electric motor that is used in the road car.

While current battery technology does not provide the energy storage capacity to race a solely electric Le Mans prototype, Nissan ZEOD RC designer Ben Bowlby believes the development of the car will be an important step in the “electrification” of the racecars of the future.

“Developing a car like this provides an incredibly challenging test bed for what could be highly-effective options for road cars of the future. Throughout the next twelve months we will be testing multiple drive train options in an extensive test program,” Bowlby said.

The Nissan ZEOD RC will make its testing debut later this summer. Nissan’s assault on the 2013 Le Mans 24 Hour will again target victory in the P2 class with 15 of the 22 entries powered by Nissan. In the opening rounds of the 2013 FIA World Endurance Championship, Nissan has dominated, taking victory at Silverstone and Spa-Francorchamps.