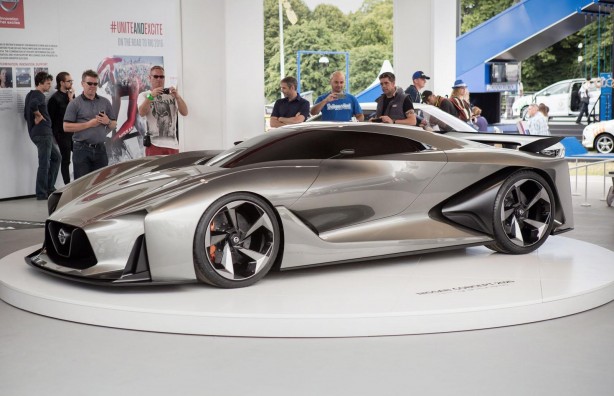 The Nissan Concept 2020 Vision Gran Turismo has leaped from the virtual environment to the real world at the four-day Goodwood Festival of Speed event.

The concept is the Nissan’s latest supercar in the Playstation exclusive Gran Turismo video game franchise, now in its 15th year.

Goodwood, where car makers flaunt top-performing and classic models to attack the famous hill climb, is home to Nissan’s debut of what gamers will be the first to “drive” next month with Gran Turismo 6. 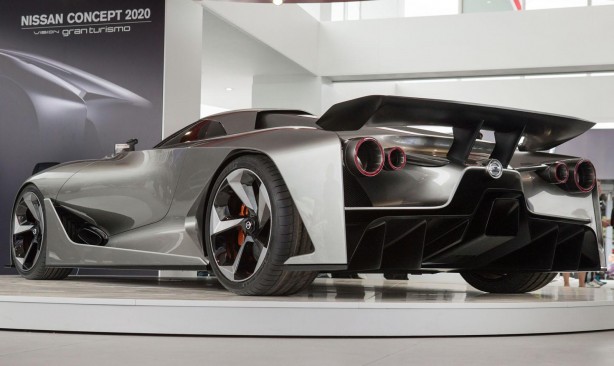 A young team at Nissan Design Europe, led by Design Director Taisuke Nakamura, collaborated with engineers in Japan, creating a vehicle that reflects the potential of its virtual performance.

“We have 149 cars in the PlayStation Game,” said Nakamura. “People are quite enthusiastic to race a car in a virtual environment. It’s a new styling challenge without any constraints, boundaries, so it was a purely design challenge from our side to see how much we can go further to achieve an attractive design. It’s like a virtual motor show to me.”

But the Nissan Concept 2020 isn’t the only way Nissan transforms the virtual into real.

The car is a key factor in Nissan GT Academy, the program where gamers who aspire to become race car drivers are put through the paces and a few find the pro grid.

One graduate is Nismo athlete Jann Mardenborough, who after three Le Mans 24 Hours and a British GT Championship, is on track for Formula One in a driver development program. 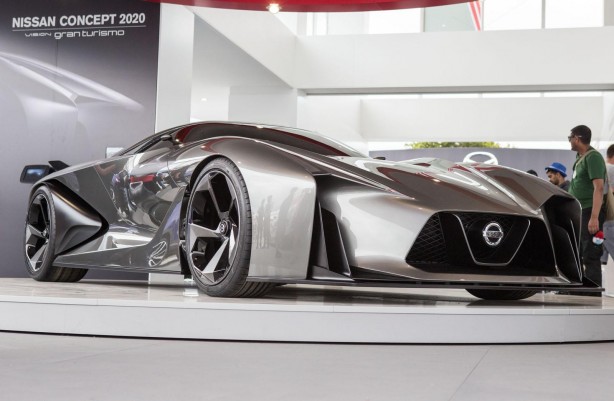 Driving the Concept for the first time at Goodwood, Mardenborough said whether gaming or on the track, the driver’s performance is real.

“I still train on simulators. I still train on Gran Turismo. A perfect example is today. I’m driving the 2020 Concept car from Nissan and tomorrow. I’m going to be driving up Goodwood Hill, and I’m on Goodwood Hill at the moment now. It’s all training virtually to help the real life counterpart. So it’s still a crucial part of my development as a driver.”

At its virtual unveiling earlier this month, Nissan also hinted that the real-world is ready for the Nissan Concept 2020 Vision Gran Turismo. Could this be the next Nissan GT-R? Watch this space…

The upcoming Nissan 400Z was teased in a recent Nissan Next corporate video (below), offering …