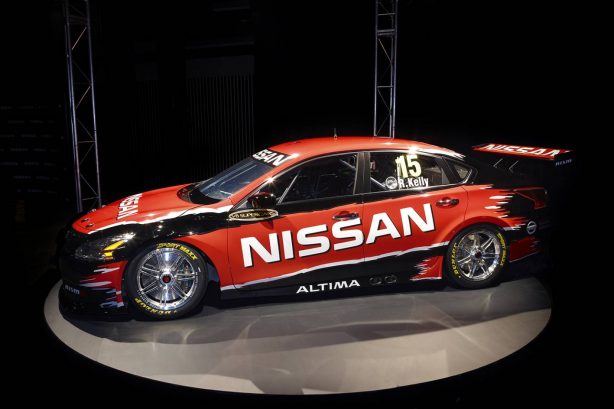 The new kid on the grid has been revealed. The Nissan Motorsport team, a joint venture between Nissan and Kelly Racing, have taken the wraps off the all-new Nissan Altima V8 Supercar.

The rear-drive V8 sedan will compete against Holden, Ford and a Mercedes-Benz entry in the 2013 season of Australia’s favourite motorsport – the V8 Supercar race.

Four of the Nissan Altima V8 Supercars will be entered into the race, each has been designed and built to the new ‘Car of The Future’ regulations, which include 18-inch wheels, transaxle gearbox and independent rear suspension. 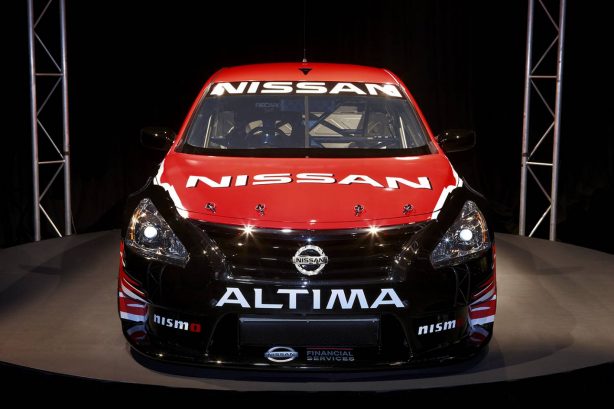 Powering the latest V8 Supercar is a Nismo-developed VK56DE 5.6-litre V8 engine, resized to 5.0-litre to comply with the sport’s regulations. It is the same engine that powered Nissan to FIA GT1 World Championship victory in 2011.

“This is a proud day for Nissan and a significant occasion for the sport of V8 Supercars,” said William. 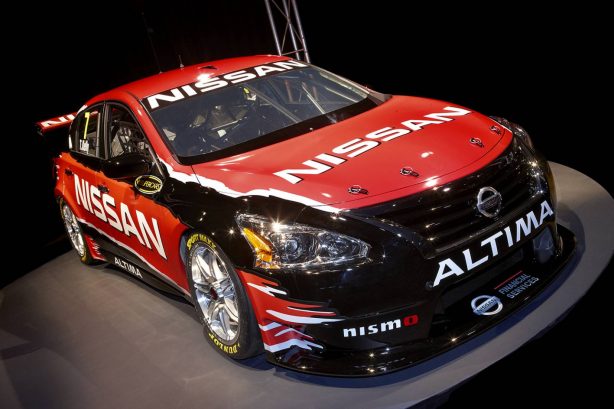 “2013 will be an enormous year for Nissan in many ways, with several important new models set to launch next year. One of those will be the all-new 2013 Nissan Altima, the first time the Altima nameplate has gone on-sale in Australia, and what better way to introduce Altima to Australia than to have it on-track in the V8 Supercars Championship from the start of next season.

“Everyone at Nissan is right behind our team, led by Todd and Rick Kelly, and we are excited about hitting the track next season with this spectacular Altima V8 Supercar.” 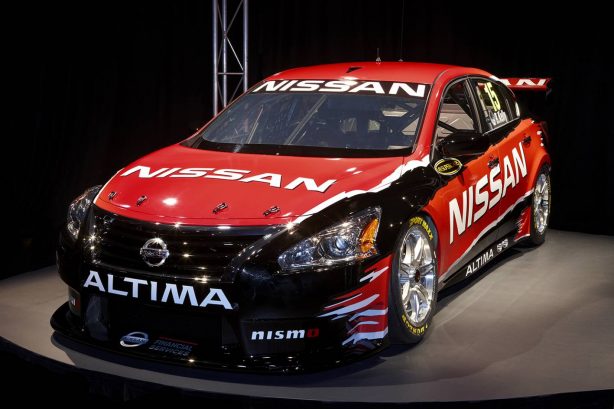 The Nissan Altima V8 will make its race debut at the Clipsal 500 in Adelaide, South Austrlaia, on 2 March 2013.