Next-Generation Lexus IS Sneak Preview Ahead of Global Debut 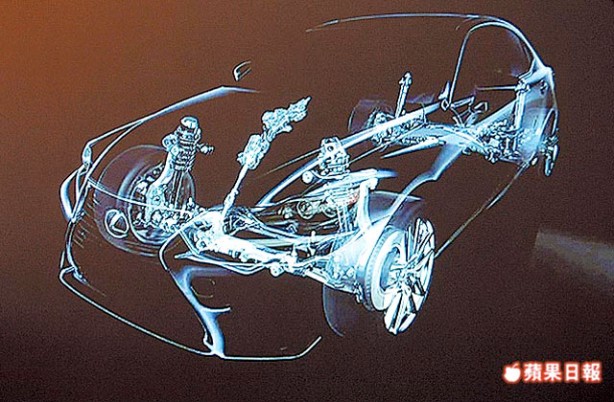 As the next-generation Lexus IS is all set to make its global debut at the upcoming 2013 Detroit Motor Show (14-27 January), anticipation for the first glimpse of Lexus’ most important model has never been so high. Thanks to Taiwan tabloid Apple Daily, a new cutaway image of the 2013 Lexus IS has surfaced.

Apart from depicting the front and rear suspension of the compact executive, the image has provided some insight of the IS front fascia. The front bumper, headlights and the trademark spindle grille are almost identical to those found on the Lexus LF-CC.

A closer look at the headlight design also suggests that the new IS may have full LED headlights like the ones used in the LS flagship sedan.

Most importantly however, is that the wait is finally over as Lexus UK has announced that official photos will be released tomorrow. So stay tuned.