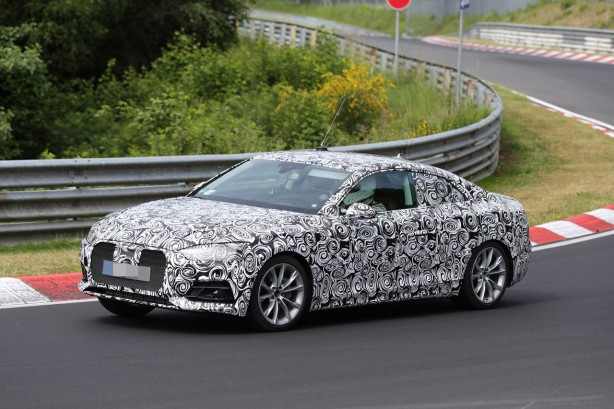 The next-generation Audi A5 has finally progressed from the drawing board to the test track. Spotted for the first time at the Nurburgring circuit in Germany, the new Audi A5 is now inching closer for its planned 2016 debut.

Like the recently launched 2016 Audi A4, the new A5 will be built on the company’s modular MLB platform with heavy focus on lightweight construction. It will be around 100kg lighter than the current model.

Little is revealed in the heavily camouflaged Audi A5, but it’s clear the single frame grille is wider, with air intakes pushed farther out on either side of the front bumper.

Expect the new Audi A5 to adopt similar design as the A4 for the headlights and rear combination lights.

The A5 will also carry over the A4’s engine line-up. This means a range of four and six-cylinders petrol and diesel turbocharged engines with capacity ranging from 1.4-litre to 3.0-litre.

The 2016 Audi A5 is expected to make its first global appearance at the Geneva Motor Show next March. 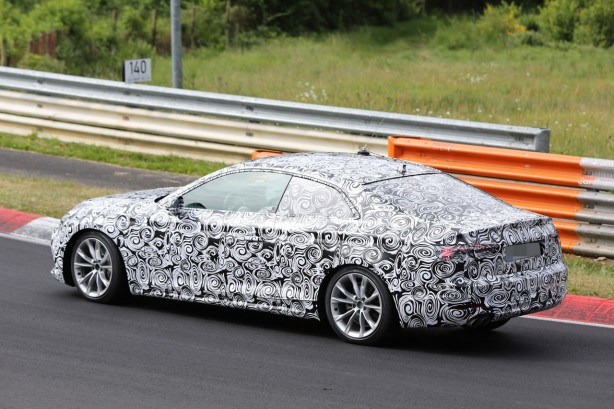