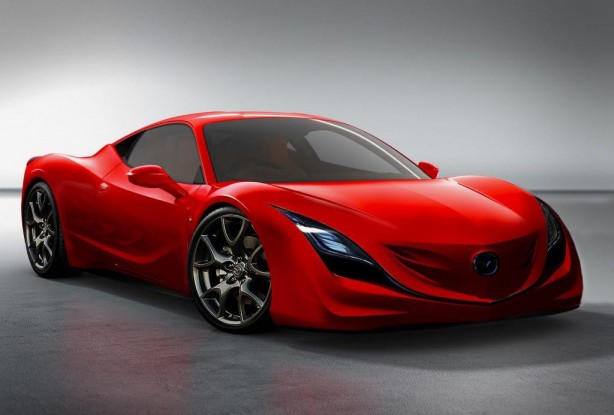 The cult Mazda RX-7 will be resurrected by Mazda, after a decade in hibernation. The news was confirmed by the company’s sports car development chief, Nobuhiro Yamamoto, and is scheduled for a 2017 release.

The next-generation RX-7 will likely get a naturally-aspirated rotary engine like its forebears, possibly the 16X that hasn’t been installed in any production model yet. This is a 1.6-litre engine that produces 224kW (300hp) and was unveiled by Mazda a few years ago.

Yamamoto said the new RX-7 will “definitely be lighter” than the last model that was discontinued in 2002 (1270-1310kg). More specifically, it will be in the Toyota 86 / Subaru BRZ / Scion FR-S territory (around 1250kg), although he stopped short of confirming the figures.

Although carbon fibre would be the preferred material, it is still prohibitively expensive for an affordable sports car. In order to achieve its target weight, the new RX-7 will likely use aluminium body panels instead.

To keep development costs down, the car will probably share the same platform as the next-generation MX-5, although the RX-7 will be heavier and larger, with an extended wheelbase.

While the Japanese domestic version is expected to be a 2+2, exports markets will likely get only a pair of front seats.