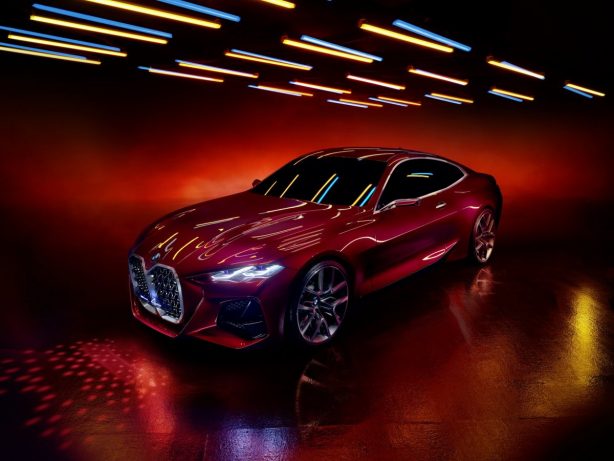 Hide your children because the next BMW M4 might have a nose big enough to swallow little kids! Previewed by the radical BMW Concept 4 which made its debut at the Frankfurt Motor Show, the show car is said to be 85 per cent production-ready.

Dominated by the largest kidney grille ever seen on a BMW, the brand is keen on distancing the next 4 Series from the 3 Series sedan with which it shares its underpinnings. 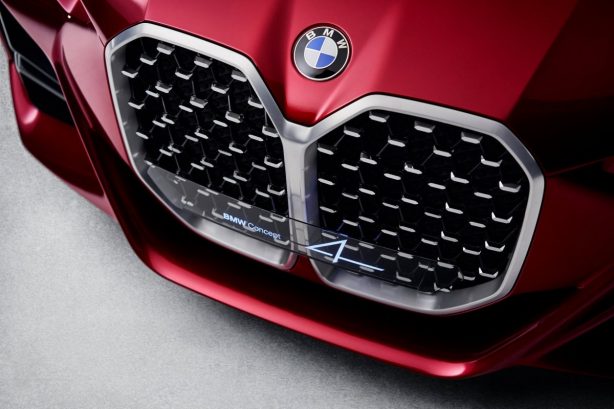 “The kidney grille has always been a signature feature of BMW cars,” said BMW Design’s Domagoj Dukec at the Frankfurt Motor Show.

“The BMW Concept 4 presents a confident and classy take on this iconic feature. At the same time, the BMW Concept 4 offers a look ahead to the expressive face of the 4 Series range.” 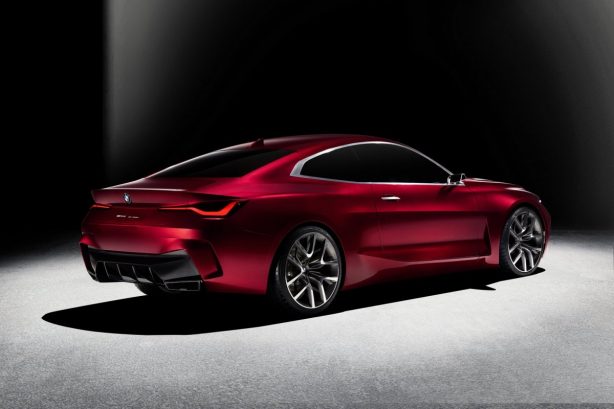 The massive grille is said to be a new interpretation of the vertical grille seen on the famous BMW 328 sports car, and the E9 coupe of the seventies.

Like it or not, BMW says the grille will almost be carried over to the production model unchanged.

But look beyond the polarising grille and the overall shape of the Concept 4 is more conventional with a long bonnet, set-back cabin and shallow glasshouse. Unique design features include twin headlamps that do away with traditional lens covers and LED taillamps made from a single fibre-optic element.

Its two-section wing mirrors are partly finished in polished aluminium, as well as its 21-inch wheels with a five-spoke design.

There are no images or details of the Concept 4’s interior, as the sole focus of the concept is to give us a taste of what the new 4 Series will look like when it arrives in 2020.