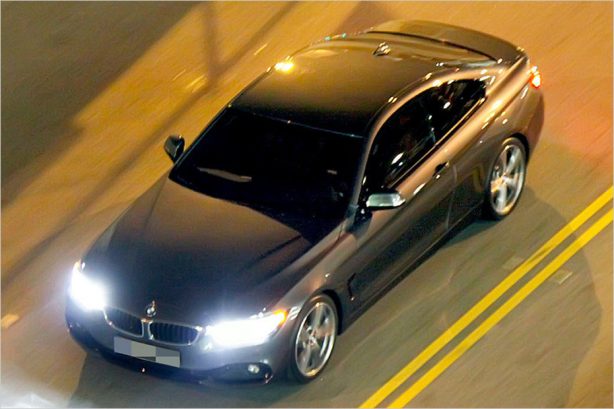 The new BMW 4-Series has been caught undisguised for the first time in a downtown US street. The intersection was cordoned off by police in the early morning for photographers to photograph the coupe for an official BMW brochure. However, one of the photographers was not from BMW, and thanks to him we get to see these up-close spy photos, including interior shots, of the much anticipated 4-Series.

As expected with any concept derived production car, the 4-Series has been toned down a little from the concept, especially the front and rear bumper design. However, the car still retains the overall basic shape and stance of the concept. 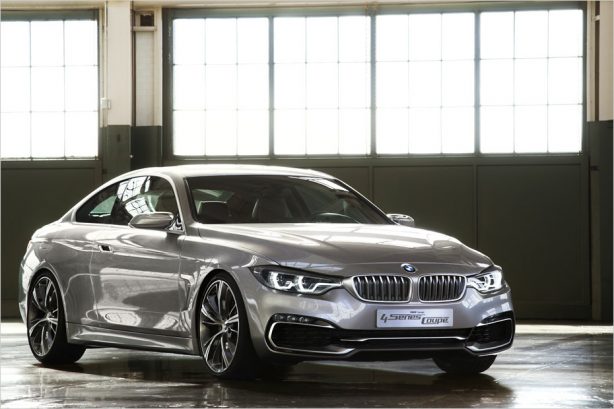 The 4-Series Concept was first unveiled recently at the 2013 North American Motor Show. Compared to the current 3-Series Coupé/Convertible, the 4-Series Concept is larger in every direction. Its wheelbase has been stretched by up to 50mm, while front and rear tracks are also wider by 45mm and 80mm respectively. The height of its roof has also been reduced by 16mm. The overall result is a lower and flatter stance, with a dynamic profile.

Previous 160kW MINI JCW Paceman arrives in May from $58,600
Next Video: Two Early Concepts of LaFerrari