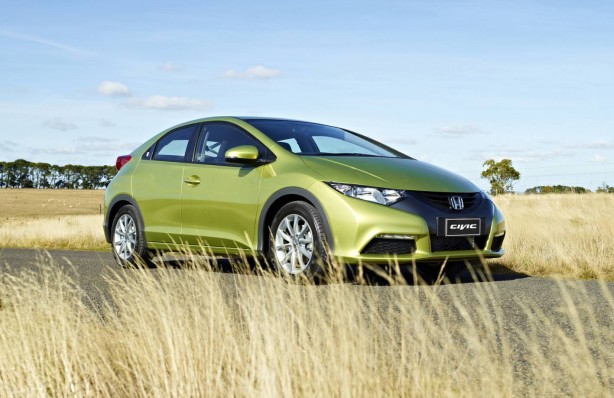 The sexy new 2012 Honda Civic Hatch which goes on sale in Australia next month has been keenly priced to take on class competitors.

Styled by the company’s European studio and built in Britain, the VTi-S manual comes in at A$22,650 rrp, while the VTi-L automatic is priced at A$29,990. This is a massive reduction compared to the previous generation which started at A$29,990 and goes to A$34,490.

On top of the sharp pricing, the new hatch is more eye catching and comes with improved aerodynamics and greater fuel efficiency. It also comes with a coveted 5-star ANCAP safety rating and Honda’s clever ‘magic seat system’.

The new comer is rated at 6.1l/100km combined urban/extra urban fuel consumption for the manual and 6.5l/100km for the automatic transmission. It has also borrowed some fuel efficient technology from the CR-Z with the Eco Assist System and Econ Mode being standard.

We will bring you a drive review when the car launches next month.